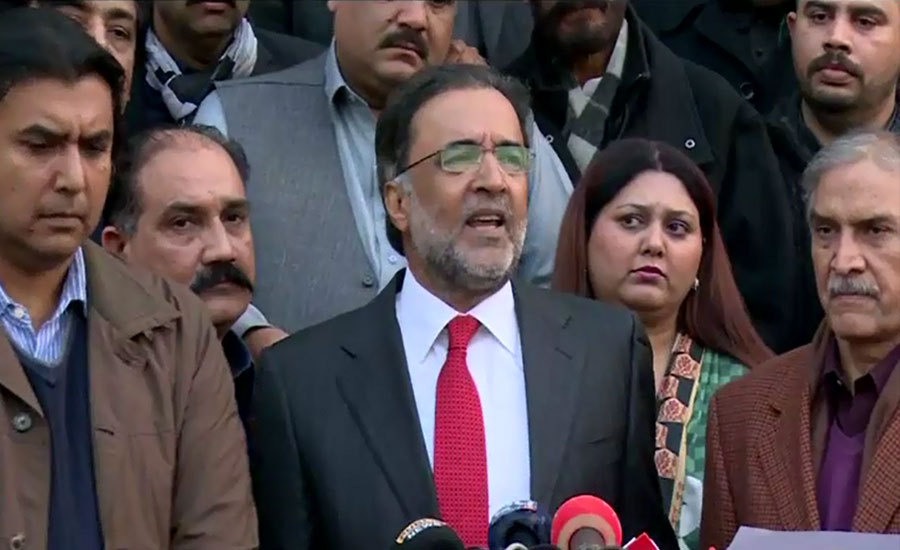 ISLAMABAD (92 News) – Pakistan Peoples’ Party (PPP) on Sunday declared the NAB Amendment Ordinance 2019 as ‘mother of NRO’. Speaking to the journalists in Islamabad, PPP senior leader Qamar Zaman Kaira terms NAB Ordinance as NRO plus, saying that the parliament and President House has been made like ordinance factory. “Government brings new ordinance to save its allies,” he added. The PPP leader maintained that the NAB is only conducting accountability of the opposition parties. “The sins of those, who became ally of Imran Khan, have been forgiven,” he said. He also predicted that the prime minister will take a big turn soon. Qamar Zaman Kaira said that government created parliamentary crises after PM Khan made amendments in NAB ordinance to protect his allies. He remarked that government criticized former president Zardari on his statement that NAB and economy cannot run together, but now PM has issued ordinance to protest his friends. “Government termed our call for changes in NAB as a plea for NRO, now to avoid investigation in Malam Jabba and BRT case NAB amendment ordinance has been issued,” the PPP leader explained. The Ministry of Law has issued a notification on Saturday after the approval of National Accountability Bureau (NAB) Amendment Ordinance 2019. Earlier, the NAB Amendment Ordinance 2019 has been challenged at Karachi Registry of the Supreme Court. A citizen Mehmood Akhtar Naqvi has filed a petition at Karachi Registry of the SC challenging the NAB Amendment Ordinance, 2019, promulgated by the PTI-led government through a presidential ordinance on Friday. The petitioner has made the federal government, the Ministry of Law secretary, the Cabinet Division secretaries, Ministry of Interior, Establishment Division, the NAB chairman, the NAB Director General Headquarters and others as party in the case. The petitioner said, “All citizens are equal in the constitution of Pakistan, the amended ordinance is violation of the constitution and the fundamental rights of citizens.” The application pleaded with the apex court to immediately order suspending the National Accountability (Amendment) Ordinance, 2019, while claiming that the amendment was against Article 25 of the Constitution, and an attempt to protect the corruption of ministers and government officials.