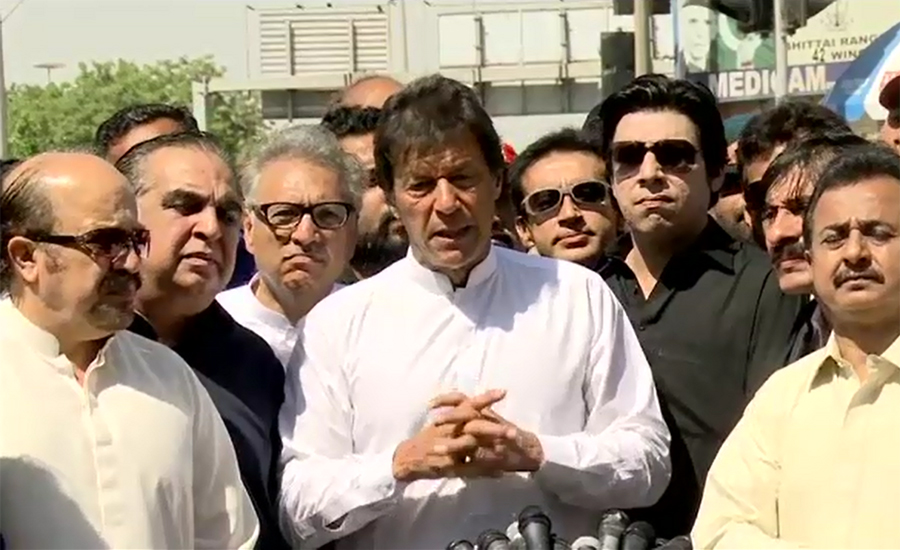 KARACHI (92 News) – Pakistan Tehreek-e-Insaf (PTI) chairman Imran Khan on Sunday said that the resources of city were being wasted as the Sindh’s rulers do not have ability to put the city on track. Address a press conference in Karachi on Sunday, he said that Karachi mayor should be elected directly like the ones installed in London or New York, adding that Karachi needs change. Taking jibe at his political opponents, Khan said that former prime minister Nawaz Sharif, and Pakistan Peoples’ Party (PPP) co-chairman Asif Ali Zardari were responsible for the country’s present situation. The PTI chairman claimed that defeating the ruling Pakistan Muslim League-Nawaz (PML-N) and Pakistan Peoples’ Party (PPP) in the next elections. Earlier, after reaching Karachi airport, Khan asked PPP chairman Bilawal Bhutto Zardari to ask his father how they became billionaire. He said that the PPP was ruling Sindh for the last 10 years but it couldn’t even resolve basic issues the public.