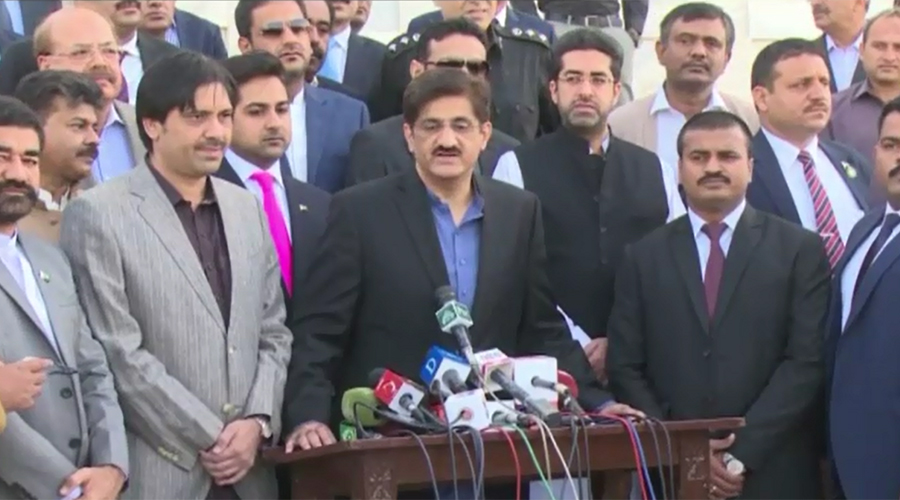 KARACHI (92 News) – Sindh Chief Minister Syed Murad Ali Shah visited the Quaid mausoleum on Sunday along with other cabinet members and laid floral wreath. Talking to media on the occasion, the Sindh chief minister criticized the government saying that when Sindh IG is removed from the position, everyone sees that but nobody sees the country functioning without a foreign minister. He further said that he does not have the authority to give powers to the mayor. “Instead of crying for the powers, the mayor should focus on working for the city. The Sindh government will support him,” he said. He went on to say that the opposition is worried because of Zardari's return. Pakistan People’s Party would form a government in 2018.