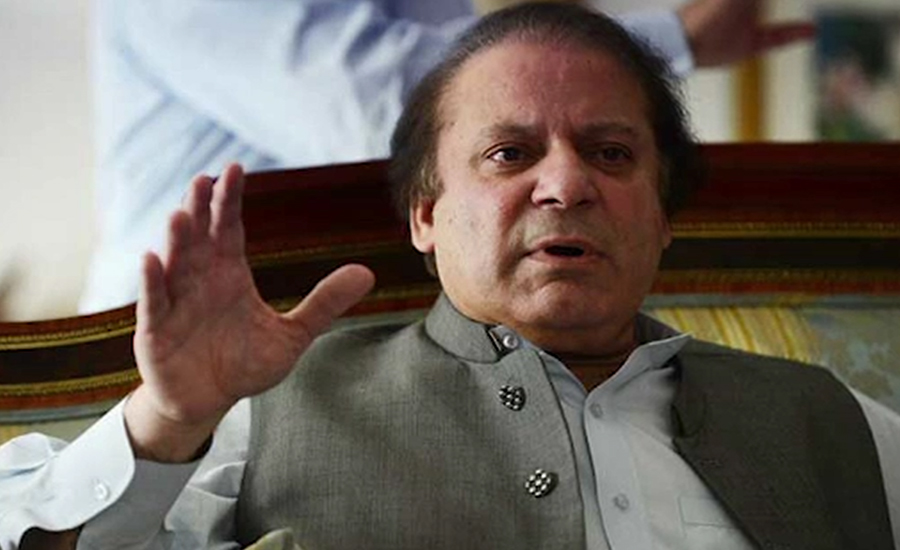 LAHORE (92 News) – Pakistan People’s Party (PPP) leader Makhdoom Ahmed Mehmood on Thursday met imprisoned former prime minister Nawaz Sharif at the Kot Lakhpat Jail. According to the reports, the meeting between the two leaders continued for around 15 minutes. Sharif embraced Ahmed upon his arrival to jail. It was reported that the matters related to the ongoing political situation were discussed in the meeting. The two leaders also talked on key matters including joining hands [on party level] to move forward.

Sharif family and Pakistan Muslim League-N (PML-N) leader Rana Sanaullah Khan also met Sharif on at the jail. Nawaz’s mother Shamim AKhtar, daughter Maryam Nawaz and his son Junaid Safdar came to visit the convicted PML-N supreme leader today and also brought homemade food for him. Sources said that Nawaz Sharif’s mother Shamim Akhtar kissed the forehead of her son. They added that his family members had brought ‘Gajjar Ka Halva’, Aalo Ghosht, Mutton Pulao and fresh fruit with them. Senator Mushahidullah Khan said that only those who do not surrender are sentenced. “Nawaz Sharif is in jail for putting the politics on the right track,” he said. MNA Rana Sanaullah said that Nawaz Sharif is passing through a revengeful activity. PML-N spokesperson Maryam Aurangzeb, Musaddaq Malik, Pervaiz Rashid and other leaders also reached Kot Lakhpat jail to meet Nawaz Sharif. Speaking to the journalists outside the prison, Rana Sanaullah lambasted that the PML-N was being targeted through various tactics. Criticizing the Pakistan Tehreek-e-Insaf (PTI) government, he said, “The economic situation of the country has been deteriorating since the current government came into power.” On the other hand, earlier today the Islamabad High Court (IHC) has fixed January 21 to hear a petition of Sharif, challenging his conviction as well as request for bail in Al-Azizia Steel Mills case. Sharif has requested that his sentence be suspended until the final verdict in his appeal challenging the case is announced.