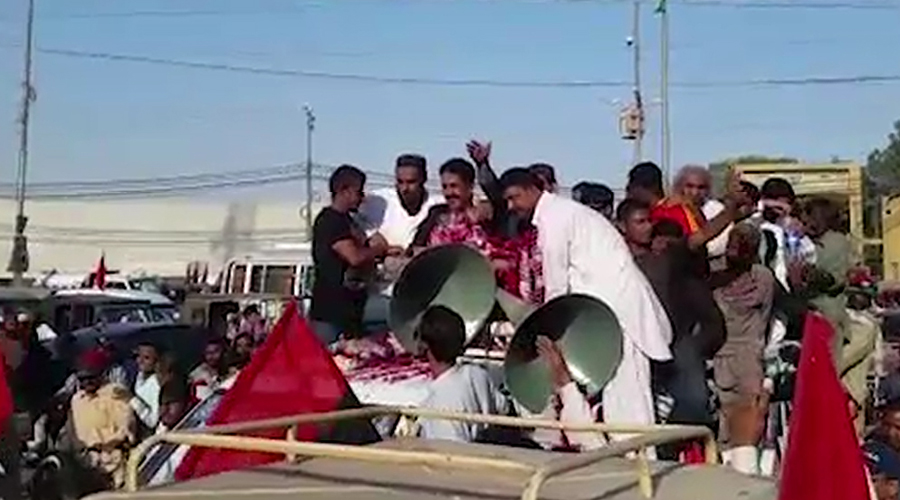 KARACHI (92 News) – PPP MNA Shahjahan Baloch was released from Central Jail on Saturday. A large number of workers warmly welcomed him. He was taken to Lyari in a rally where Javed Nagori welcomed him. After his release, he thanked the workers for supporting him. He said that he would continue to serve the people.