PPP, PML-N alliance should be deemed as ‘Thugs of Pakistan’: Fawad Ch 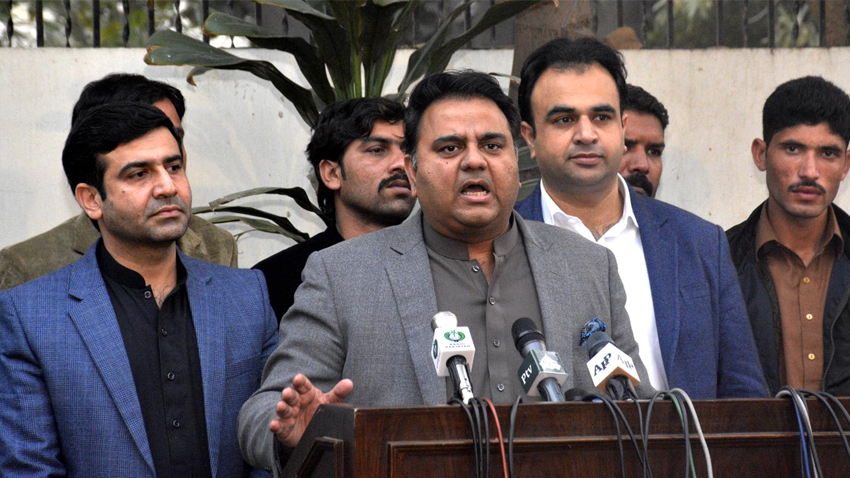 PPP, PML-N alliance should be deemed as ‘Thugs of Pakistan’: Fawad Ch

ISLAMABAD (92 News) – Lashing out at the opposition parties, Minister for Information Fawad Chaudhry on Sunday said that the Pakistan Peoples’ Party (PPP) and Pakistan Muslim League-Nawaz (PML-N) alliance should be deemed as the ‘Thugs of Pakistan’. Speaking to the journalists, the minister hit out at the opposition parties, said, “If Nawaz Sharif, Shehbaz Sharif and Asif Zardari think that their hands are clean then who plundered the public’s wealth.” Fawad Ch termed Nawaz, Shehbaz and Zardari should have to name their alliance as ‘Thugs of Pakistan’, adding that their film has been crossed the interval scenes and the climax scenes are being run now. “How the PPP and the PML-N are ‘shamefully’ pronouncing to run campaign together. The politics of Zardari and Nawaz Sharif have ended,” the federal minister said. He added that Prime Minister Imran Khan is a beacon of hope for Pakistan and the country’s economic situation is improving. Everyone is eager for tomorrow’s decision of the NAB about Al-Aziziyya and Flagship references against Nawaz Sharif, however, Fawad Ch said that the case is very simple because Sharif family owned properties worth of billion rupees. “The question is that how Nawaz Sharif gets such a huge amount of money? If they are innocent then who is rascal? Who looted the country from previous 15 years,” he asked. The minister explained that Nawaz Sharif is admitting his ownership of these properties but he is declining to tell his sources of income. Asif Zardari is also claiming to be innocent and if he has not done anything wrong then who plundered the country.