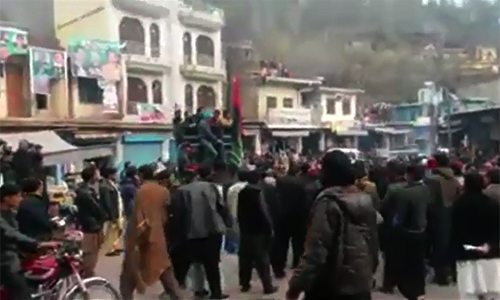 KOTLI (92 News) – A man was killed while 12 others injured in a clash between the workers of the PPP and the PML-N in Kotli, AJK on Saturday.

The police fired teargas shells and resorted to aerial firing to disperse both groups.

The police have arrested 15 accused involved in the incident.

The Army has been summoned and deployed at sensitive buildings. A judicial commission has been established to probe the incident.

PPP chairman Bilawal Bhutto Zardari said that the N-League should commit atrocities to the extent it could bear it in future.