PPP all set to show power in Islamabad today 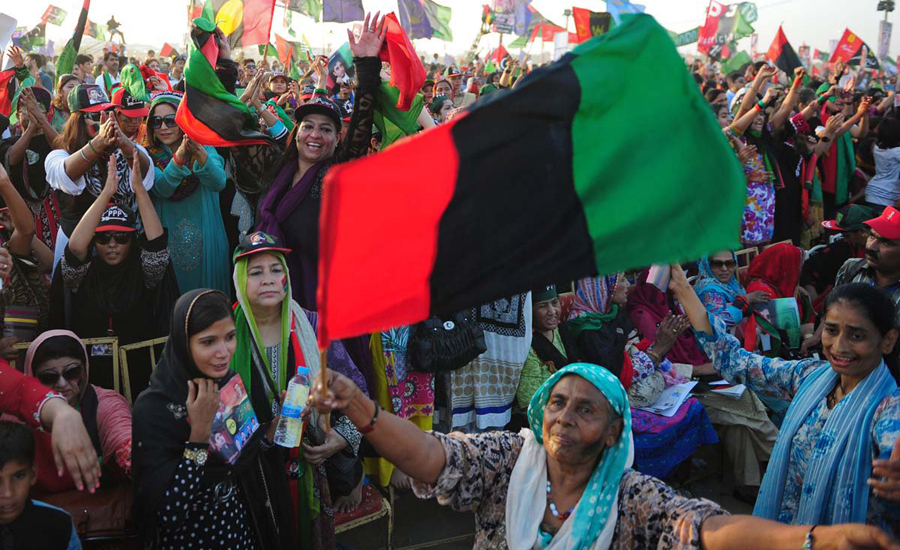 PPP all set to show power in Islamabad today

ISLAMABAD (92 News) – Pakistan Peoples’ Party (PPP) is all set to demonstrate political power in Islamabad’s Parade Ground today (Tuesday) as party chairman Bilawal Bhutto Zardari promised to draw massive crowd. All arrangements for the public meeting have been finalized as containers have been placed in Islamabad’s parade Ground to prepare the stage to accommodate the party leaders. The venue has been being decorated with posters and party flags and thousands of chairs have been placed for the workers. Separate enclosures for male and female workers have been arranged at the venue. Earlier, talking to media after reviewing the arrangements, Bilawal Bhutto Zardari said that it would be better for the country and ruling Pakistan Muslim League-Nawaz (PML-N) that former prime minister Nawaz Sharif quit politics. He said that it will be PPP’s historic rally in Parade Ground tomorrow, adding that the party’s future plan will also be announced. The PPP chairman went on to say that the PML-N-government is not serious in governance.