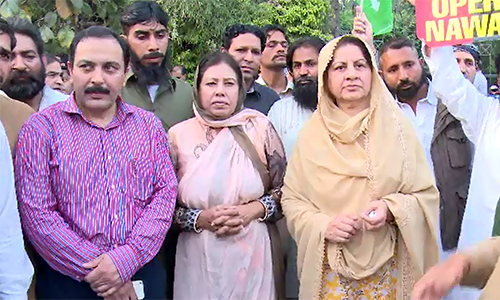 LAHORE (92 News) – The Pakistan People’s Party (PPP) staged a demonstration against the government for sending Musharraf abroad outside Lahore Press Club on Friday. Addressing the protesters, Samina Ghurki said that the government had allowed Musharraf to leave the country under the cover of the court. In Karachi, PPP chairman Bilawal Bhutto’s call did not yield any result.