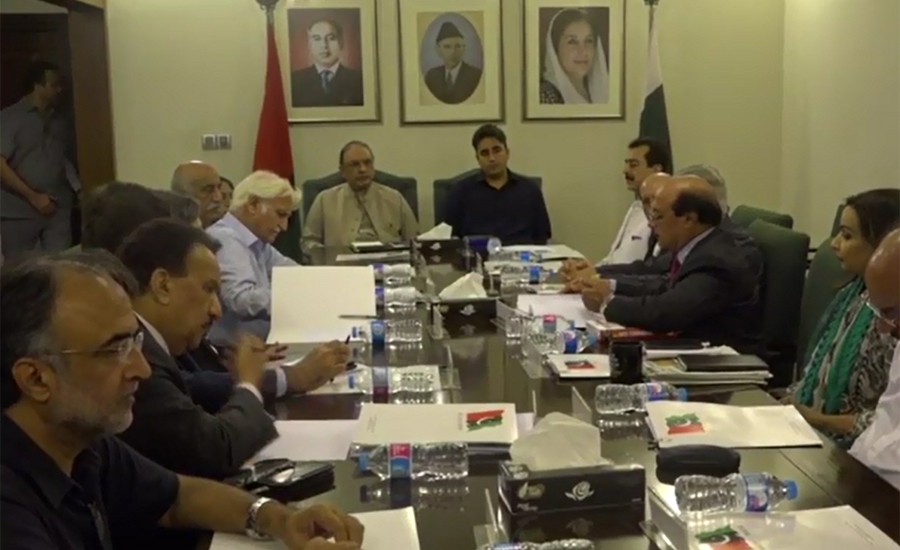 KARACHI (92 News) – PPP co-chairman Asif Zardari presided over a high-level meeting to discuss the prevailing situation in the country on Saturday. In a declaration, it has been stated that the PPP supports democracy and democratic institutions. It demanded the government fulfill its constitutional responsibilities. Sindh Chief Minister Syed Murad Ali Shah briefed the meeting that the situation in Sindh is under control and peaceful. PPP chairman Bilawal Bhutto, Opposition Leader in the National Assembly Syed Khurshid Ali Shah and Sherry Rahman also attended the meeting.