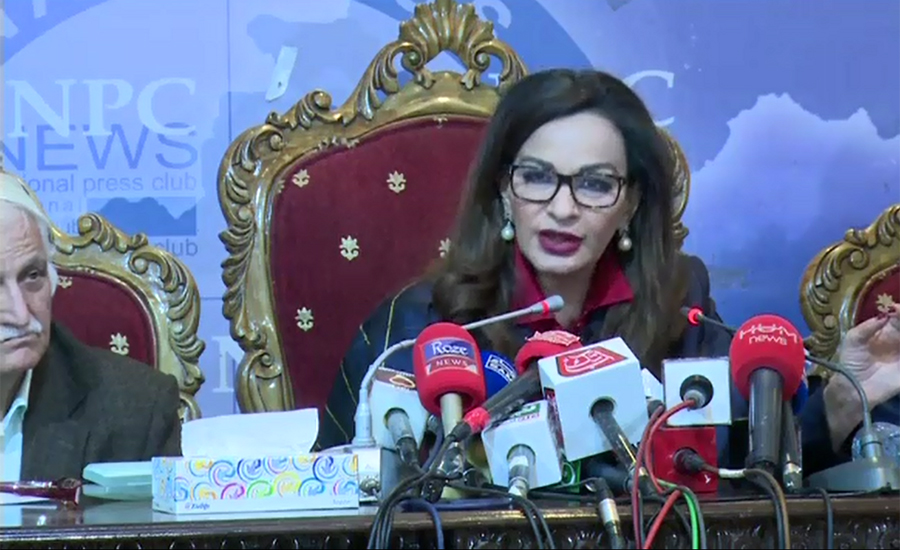 ISLAMABAD (92 News) – PPP leader Sherry Rehman has said that her party terms the 2018 elections as selection. Addressing a press conference on Thursday, she said that the PTI government is negating the elected institutions and they will not let it happen. “The politics of revenge is being done under the garb of accountability,” she said. About the government’s 100-day plan, the PPP leader said that they had had only heard about demolition of walls, buffaloes, hens and eggs. She said that the PPP had always talked about making the parliament functional. “Presently double standard is in practice in the country,” she maintained. “The PTI has paralyzed the parliament.” Sherry Rehman said that the PPP had never refrained from the accountability process. She said that the prime minister was talking about the rule through the presidential ordinance. “Do they want to introduce the presidential system?” she queried. Nayyer Bukhari said that the statements of the prime minister and his team contradict each other. “A crisis-like situation has emerged after a new report on the general elections,” he said.