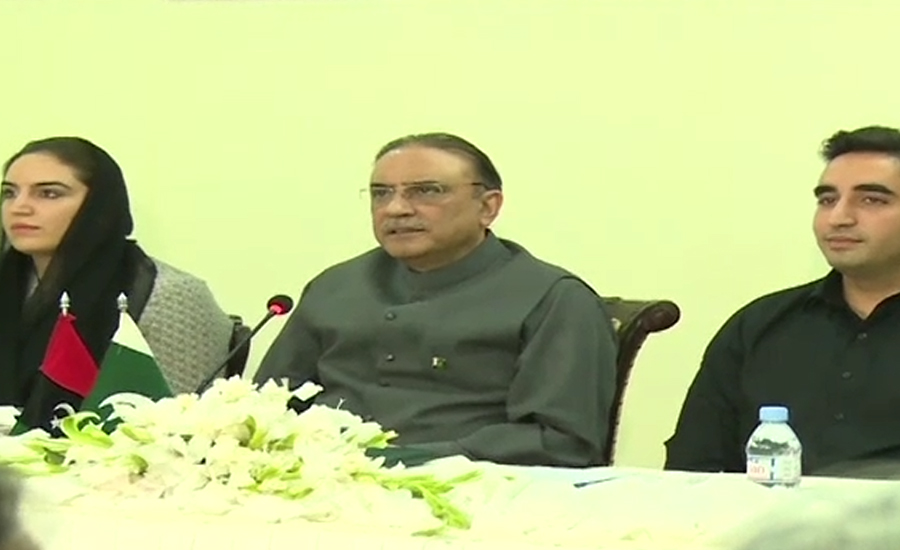 KARACHI (92 News) – The Pakistan People’s Party (PPP) has termed the statement of former prime minister Nawaz Sharif as anti-state. This was stated in a meeting presided over by PPP co-chairman Asif Ali Zardari and PPP chairman Bilawal Bhutto Zardari on Tuesday. Asif Ali Zardari said that the failure to present Pakistan narrative before the world is an outcome of the PML-N’s failed Foreign Ministry. The meeting also discussed the interim government for the general election 2018. All central and provincial leaders belonging to Sindh, including Syed Khurshid Shah, participated in the meeting.