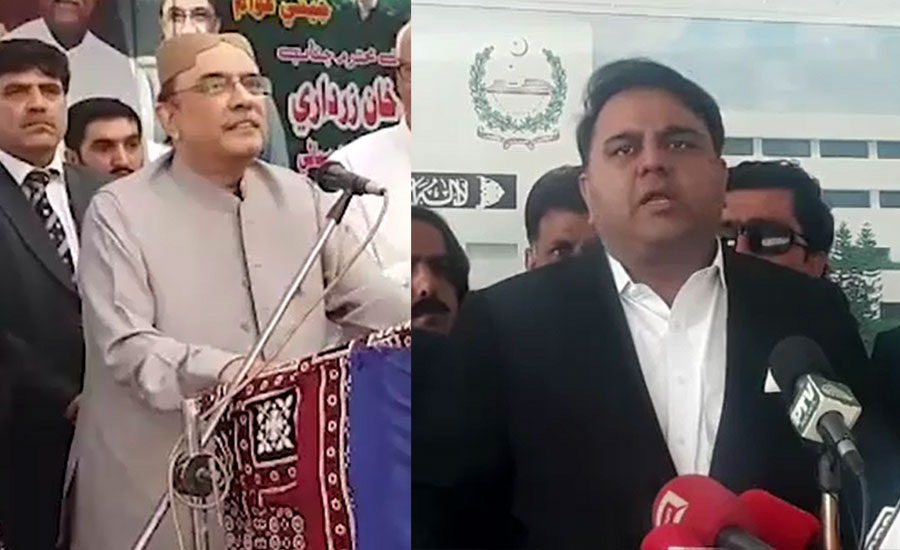 KHAIRPUR (92 News) – Former president Asif Ali Zardari on Wednesday claimed that the Pakistan Peoples’ Party (PPP) will form the next government. He was addressing a public gathering on his two-day visit after arriving in Khairpur. Zardari also alleged that some elements are trying to create difference between public and him. “I understand all the things and further know about the circumstances,” he added. The former president lauded Sindhis for showing support to PPP in 2018 general elections. “I feel blissful when I see people of my country happy,” he added. Responding to the PPP co-chairman’s statement, Minister for Information said that Asif Zardari should not be taken seriously as presently he was in a state of mental shock. He asserted that the Pakistan Muslim League-N (PML-N) and the PPP can give the answers of data stolen from the banks. His statement comes on the heels of the former president’s claims who said no one gets to power corridors without a deal, adding that incumbent Prime Minister Imran Khan too came to power under a pact.