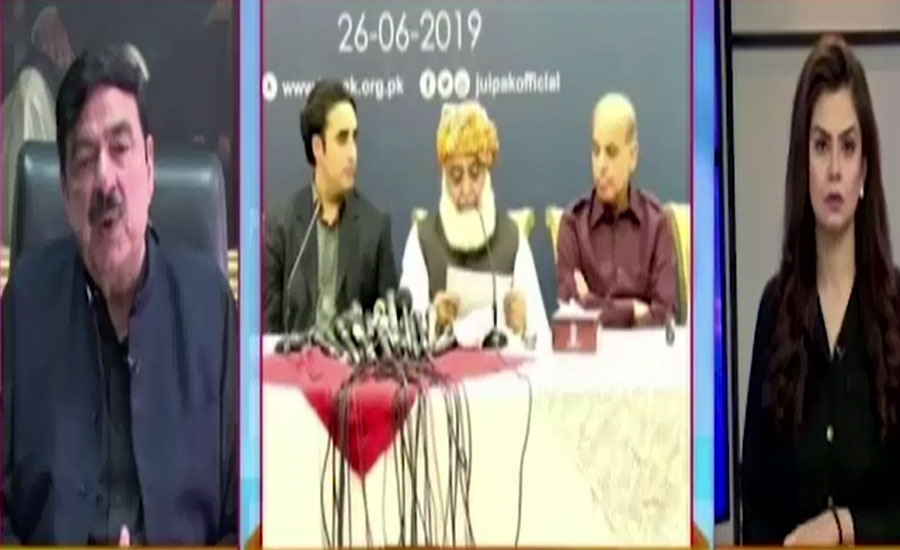 LAHORE (92 News) – Federal Minister for Railways Sheikh Rasheed termed that the Pakistan Peoples’ Party (PPP) will not support the Pakistan Muslim League-N (PML-N). While talking to 92 at 8 with Sadia Afzal, the railways minister said that both the parties, PPP and PML-N,  have been puzzled in the current scenario. He also mentioned that the months of October and November are very important for the national political scenario. Shiekh Rasheed predicted that PML-N President and Opposition Leader in National Assembly Shehbaz Sharif will hold another meeting before 30 September, and the incumbent government will not be toppled. “Shehbaz Sharif is a showy politician and has his own mission; he is trying to create flexibility for former prime minister Nawaz Sharif,” the minister said. Commenting on the ECP ruling regarding Maryam Nawaz, He said that this verdict is not completely in favour of her.

Some minor changes possible in Centre, Punjab in Oct

Earlier, Sheikh Rasheed has predicted that some minor changes are possible in the Centre and Punjab in October. Addressing a press conference on Saturday, he said that Shehbaz Sharif had again entered the market. “The issue of Article 149 is serious and has not been discussed in the cabinet,” he said. The minister said that all parties are going to unite over the issue of Kashmir. “There is no truth in accepting Israel and a deal with India,” he declared. He said that Prime Minister Imran Khan will address the United Nations General Assembly on September 27. He said that the department was trying to normalize the trains’ schedule disturbed two days back. “We will shut the station giving less than 40 percent income,” he said. The minister said that Prime Minister Imran Khan would sign ML-I in October. “It is pity that I could not end grouping in the railway,” he said. He said that he does not see the Islamabad lockdown by JUI-F chief Fazlur Rahman. “PM Imran Khan told me last night that Usman Buzdar is not going anywhere. No truth in the imposition of the governor’s rule in Sindh,” he said.