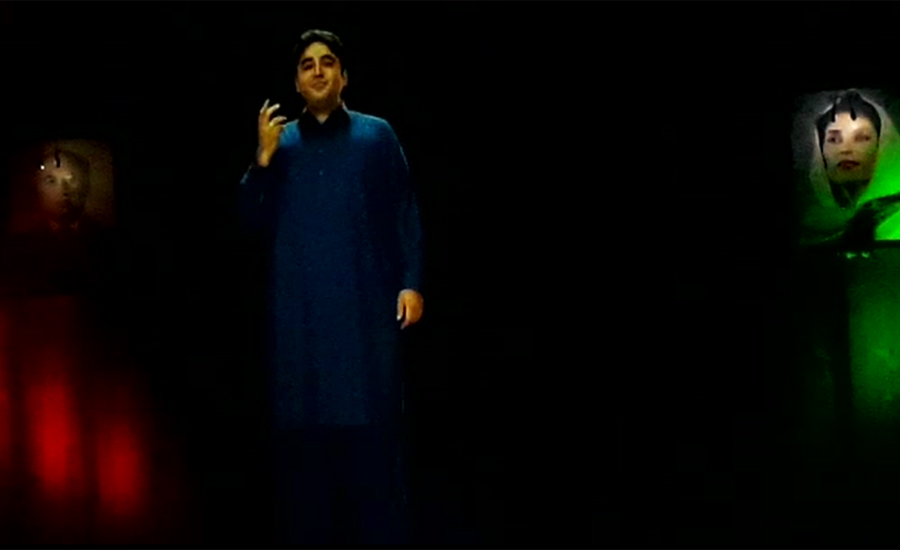 NAROWAL (92 News) – PPP chairman Bilawal Bhutto Zardari has said that his party gave surprising results in the Senate elections to stun their opponents. Addressing workers through hologram technology in Narowal on Tuesday, he said that the PPP is not a regional party, but a symbol of the Federation. “Dictators in the past tried to eliminate the PPP, but no one could succeed in the eliminating the party of the poor,” he said. The PPP chairman said that the PPP had always fought for the poor. “The PPP gave sacrifices for democracy in the country. My party has been serving the masses for 50 years,” he said.