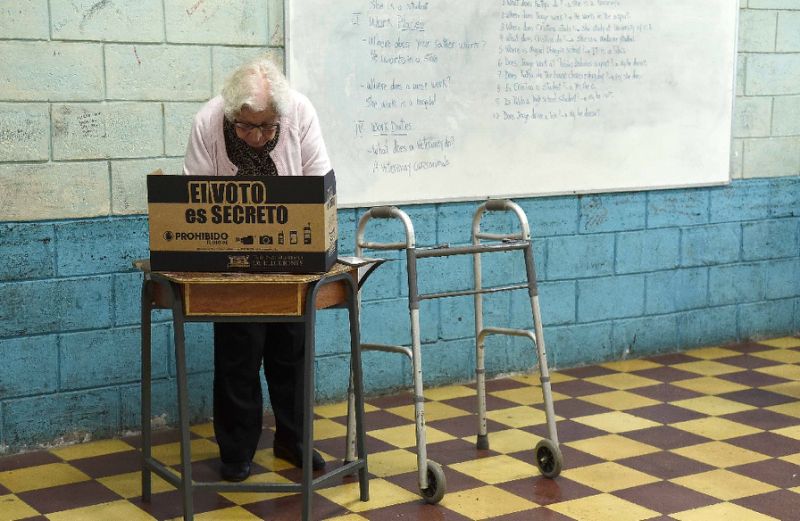 SAN JOSÉ (AFP) -. Costa Rica is facing a choice of an evangelical preacher who has surged from obscurity or an ex-minister from the current ruling party in a presidential race to be decided voting on Sunday.

The result of the run-off election is uncertain. Surveys show the two candidates to be neck-and-neck -- but each appealing to very different segments of the small Central American country's population of five million.

Fabricio Alvarado, a 43-year-old right-wing preacher, journalist and singer, is riding a wave of support fanned by neo-Pentecostal churches that have sprung up in poorer rural areas in recent years.

His rousing rhetoric, honed at the pulpit, has resonated strongly with the religious and conservative voters attracted to his criticisms of political corruption and gay marriage.

Against him is Carlos Alvarado (no relation): a 38-year-old former labor minister in the ruling center-left Citizens' Action Party who is also a journalist, as well a published novelist.

For many Costa Ricans, especially in the capital San Jose, the prospect of the preacher becoming president carries the risk of losing some of the country's much-vaunted human rights record.

They are proud that their nation was the first to do away with its military, enshrined in its 1949 constitution, and its relative prosperity in a region riven by poverty and violent crime.

And they boast that its ranking as one of the world's happiest countries has much to do with its social tolerance.

But Fabricio Alvarado's unexpected emergence as frontrunner in the first round of the presidential election in February has forced a rethink of the national character.

The preacher -- hitherto unknown -- triumphed over 12 rivals by vociferously opposing gay marriage, tapping into a conservative Christian current that runs deep in the country.

The issue had been brought to the fore after the Inter-American Court of Human Rights, which is hosted in Costa Rica, urged Latin American nations to recognize same-sex marriage.

Since then, though, Fabricio Alvarado has broadened his platform somewhat, to offer policies on the economy, sport and infrastructure -- though he has kept up verbal attacks on UN agencies in Costa Rica, and defends "cures" for homosexuality offered by evangelical churches.

He told El Pais newspaper in an interview that his stance on gays "is in a church context, not a political context."

Some, though, portray him as a threat to the very foundations of Costa Rican society.

"This election isn't about small things at stake. In this election, democracy is at stake, education is at stake. culture, and above all, human rights are at stake," Leonardo Garnier, former education minister, said as Carlos Alvarado wrapped up his main campaigning last weekend.

Garnier is part of the National Liberation Party, the biggest mainstream grouping in Costa Rica. Yet others in the party have rallied to Fabricio Alvarado.

One of the country's highest-profile diplomats, Christiana Figueres, who led negotiations on the Paris climate change accord, said her country should not allow backsliding on its human rights record. "I am very worried that some people have chosen to focus in this election on people's personal right to choose who to love," she said.