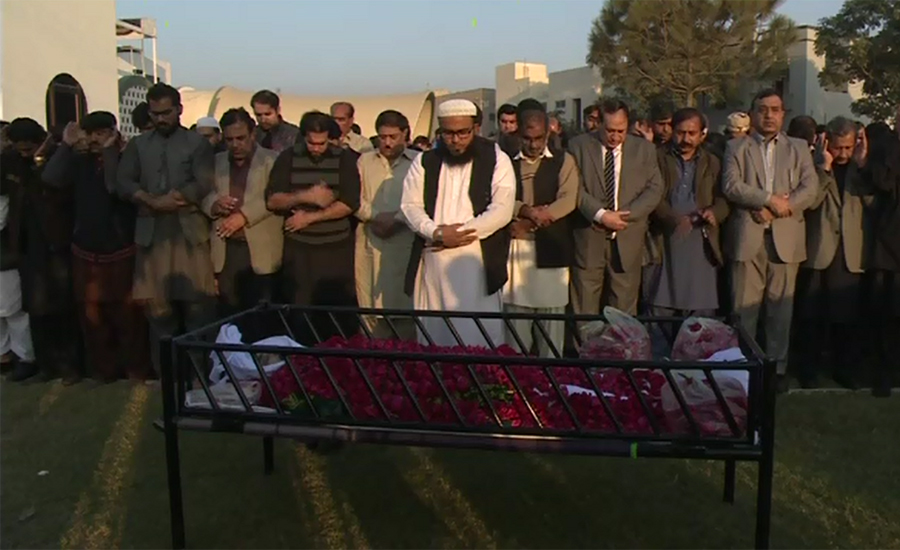 LAHORE (92 News) – Prof Mian Javed, who was killed in the NAB custody, was laid to rest in a local graveyard in EME Society on Saturday. He faced the charge of embezzling funds of the University of Sargodha. He was sent to Camp Jail on the court order. He suffered a cardiac arrest and was shifted to Services Hospital. Photos of his body in handcuffs went viral. Meanwhile, the authorities have completed the preliminary inquiry into the death of Prof Mian Javed. DIG Jails Malik Mubashir said that the jail officers had handed over Prof Javed to the police without handcuffs. Head Constable Muhammad Azam, Constable Imran and Khalil handcuffed him in the hospital’s emergency. After the autopsy, Prof Mian Javed’s body was handed over to his relatives. Chief Minister Usman Buzdar took the notice of the incident and ordered the IG Jails to look into the matter. On the other hand, the NAB officials said that Mian Javed was not a professor and he was the director and supervisor of administrative affairs of UoS Lahore Campus.