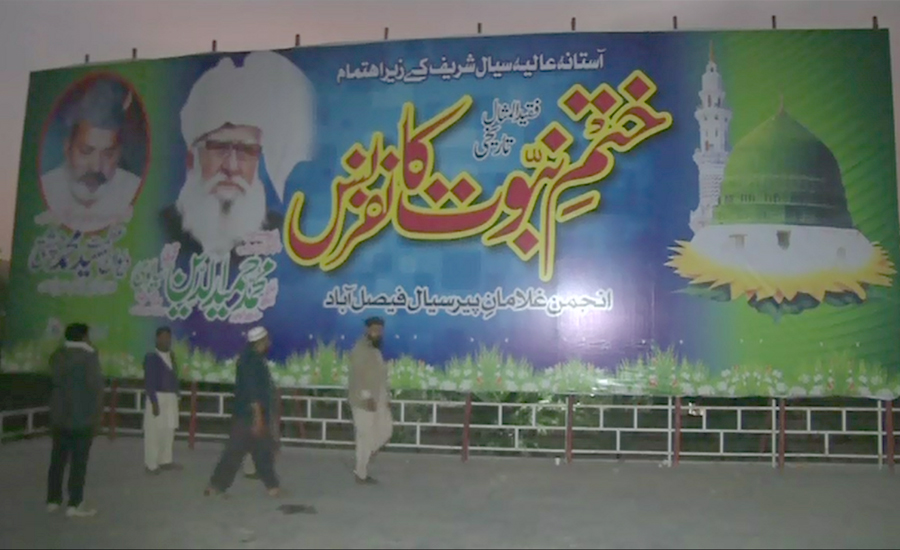 FAISALABAD (92 News) – Preparations are in the final stage to hold the Khatm-e-Nabuwwat Conference at Dhobi Ghaat Ground. Hundreds of thousands will participate in the conference. The district administration has verbally allowed Pir of Sial Sharif to hold the conference. Later, the police officers visited Dhobi Ghaat Ground. Meanwhile, traffic police have prepared a plan for the vehicles. The conference organizers claim that 15,000 chairs have been arranged for the participants. A stage has been prepared for the participants. Several MPs belonging to the PML-N are likely to tender their resignations during the conference. Meanwhile, consultative meetings led by Pir Hameeduddin Sialvi continued.