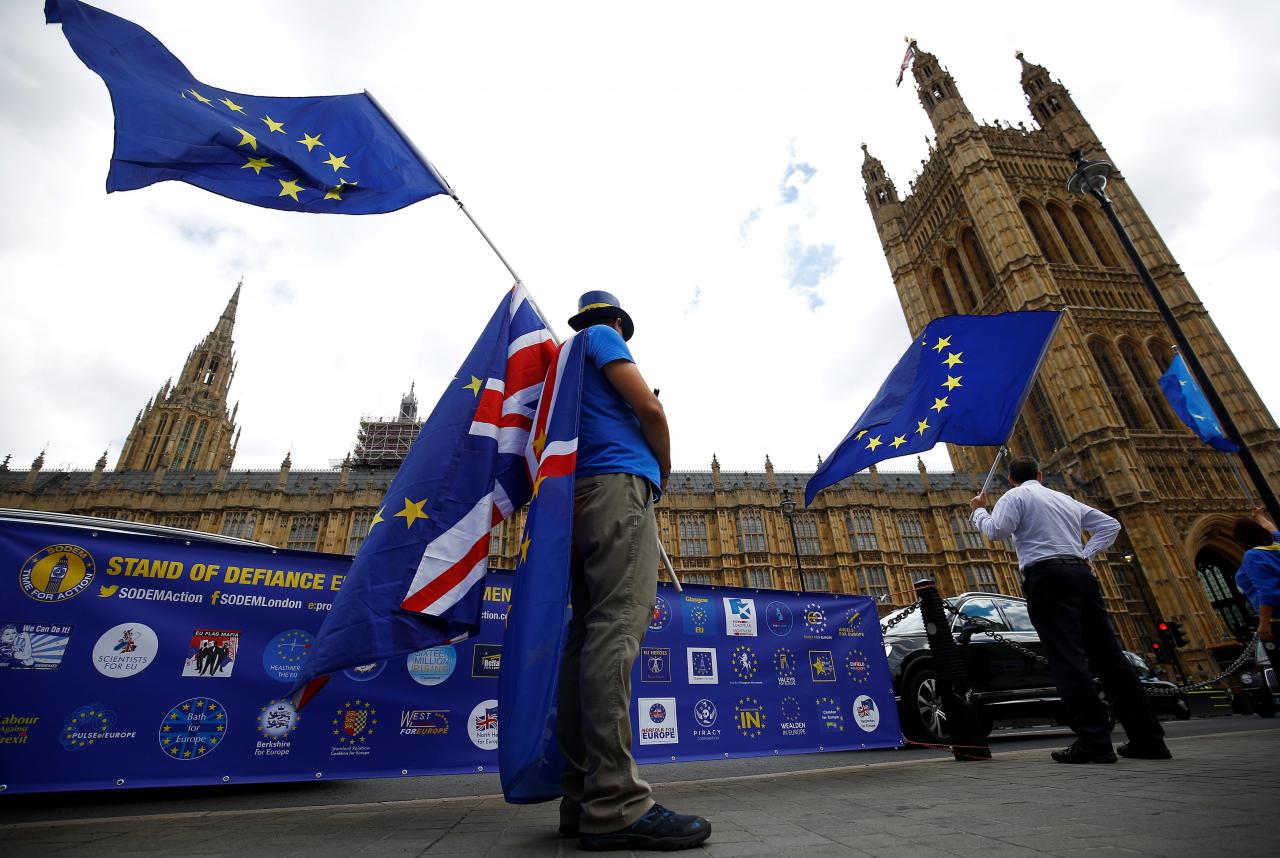 BERLIN (Reuters) - German business groups have urged their members to step up preparations for a hard Brexit that would see Britain crash out of the European Union next year without negotiating a deal. British Prime Minister Theresa May secured a cabinet agreement last week for “a business-friendly” proposal to leave the EU, aimed at spurring stalled Brexit talks. But the hard-won compromise has come under fire from within her governing Conservative Party and may yet fall flat with EU negotiators. “Even if the British government is moving now, companies must plan for the scenario in which there is no agreement,” Joachim Lang, managing director of the BDI, Germany’s biggest industry lobby, told the Welt am Sonntag newspaper. Thilo Brodtmann, managing director of the VDMA engineering association, told the same paper: “It is urgent to prepare for Brexit and to expect the worst case scenario.” German industry is concerned about increased friction in trade with Britain after Brexit. Britain is the second-biggest export market for German car manufacturers. But Lang said some German businesses were only just starting to analyse what Brexit would mean for them, adding: “At least that has moved us forward from a few months ago.” Brodtmann warned engineering firms against being lured into a sense of complacency by stable business in Britain now. “Brexit is such a big nonsense that many companies still hope it will not be that bad because the EU will not allow a hard landing for the economy. But I can only warn against that,” he said.