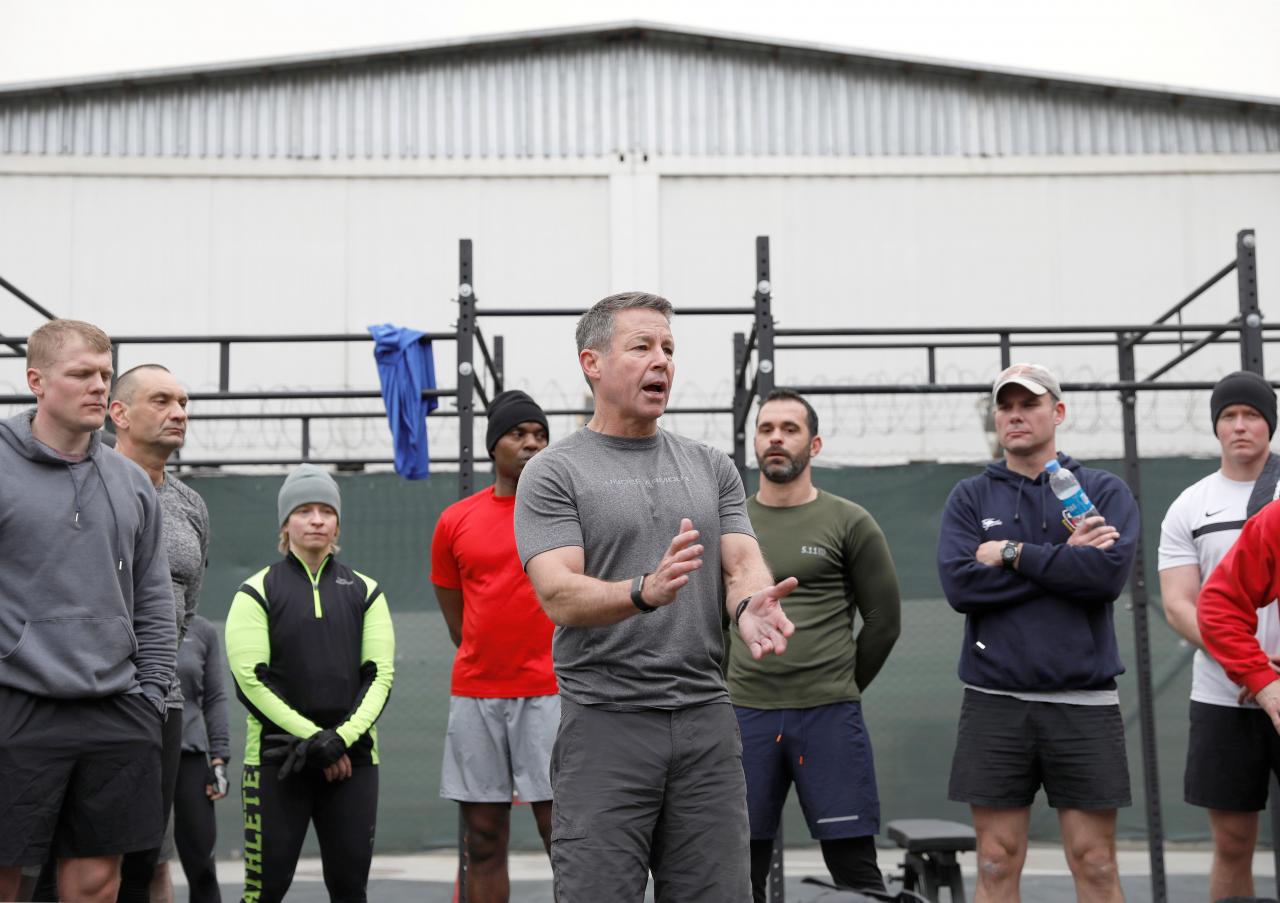 KABUL (Reuters) - The top US general in Afghanistan told NATO troops on Tuesday to prepare themselves to deal with ‘positive processes or negative consequences’ as peace talks between the US and the Taliban to end a 17-year war gain momentum. General Scott Miller, who commands US forces and the NATO-led non-combat Resolution Support (RS) mission in Afghanistan reiterated the need for a political settlement to end the conflict. “Peace talks (are) out there, regional players pressing for peace, the Taliban talking about peace, the Afghan government is talking about peace,” Miller told dozens of NATO soldiers who had gathered at RS headquarters in Kabul for an exercise session. Dressed in gym gear, Miller participated in a 60-minute open-air morning workout of sprints, squats, burpees and push-ups. He did not comment on reports that the United States was considering pulling out almost half of the 14,000-strong force currently deployed in Afghanistan. A White House spokesman said last week that US President Donald Trump had not issued orders to withdraw the troops. However, the administration has not denied the reports, which have also prompted fears of a fresh refugee crisis. “Are (the RS) able to adapt? Are we able to adjust? Are we able to be in the right place to support positive processes and negative consequences, that’s what I ask you guys to think about in 2019,” Miller said. With the help of its allies, the US launched a military campaign in Afghanistan 17 years ago to topple the Taliban government following the September 2001 strikes on American cities. The longest American war effort has since killed nearly 140,000 people, including security forces, insurgents and civilians, and has cost Washington close to a trillion dollars. Officials from the warring sides have met at least three times to discuss the withdrawal of international forces and a ceasefire in 2019. However, fighting has not subsided even as diplomatic efforts intensify. “As long as the Taliban want to fight we are going to fight,” said Colonel David Butler, spokesman for U.S. Forces in Afghanistan. He added that 2019 would bring a unique opportunity for peace in the country that has been at war on and off for almost 40 years, since US-backed Afghan guerrillas fought to repel Soviet Union forces in the late 1970s. “Think of this — 40 years of war has a possibility of coming to an end,” Butler said. In their 2018 annual report, the Taliban said they had successfully forced the US to invite them to the negotiating table. “The Mujahideen defended valiantly...the invaders were forced to review their war strategy,” the hardline Islamic militant group said in a statement.