WHO preparing authorization, logistics for Ebola vaccination in Congo if needed 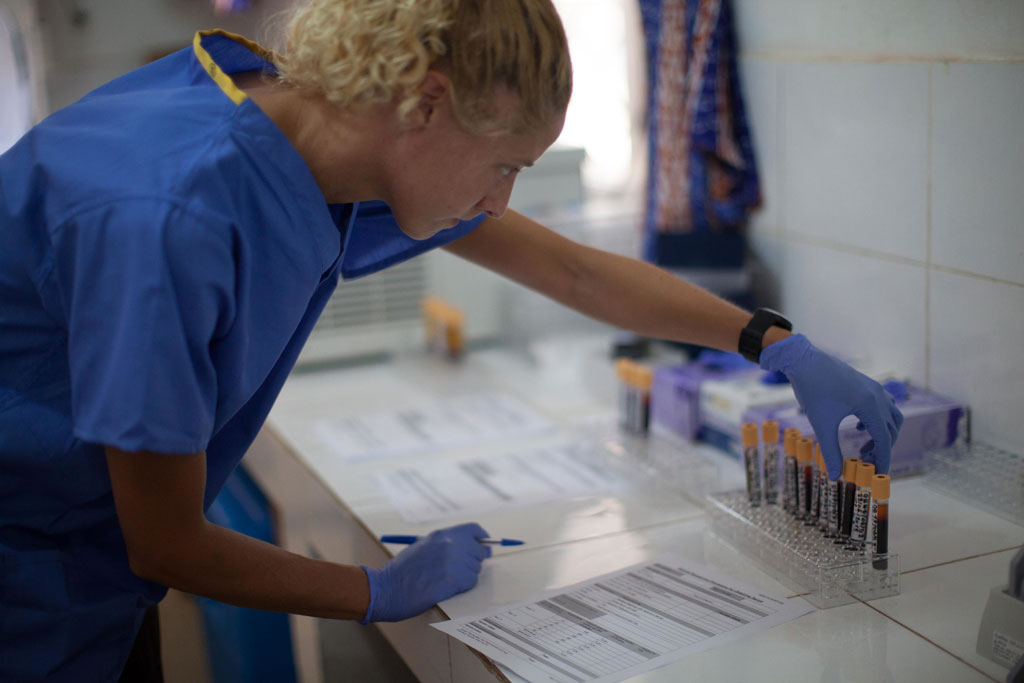 WHO preparing authorization, logistics for Ebola vaccination in Congo if needed

LONDON – The World Health Organization (WHO) said on Monday its experts have not yet decided whether to use newly developed vaccines to try to contain an outbreak of Ebola in Congo, but officials are making preparations just in case.

A second case of Ebola in Democratic Republic of Congo was confirmed by the WHO on Sunday after an outbreak this week of 17 other suspected cases. Three people have so far died among the 19 suspected and confirmed cases.

A spokesman for the Geneva-based U.N. health agency told Reuters the WHO was working with specialists to conduct an epidemiological investigation "to better understand the extent of the current outbreak" and to establish who is at risk of becoming infected with Ebola.

The GAVI global vaccine alliance said on Friday that some 300,000 emergency doses of an Ebola vaccine developed by Merck could be available in case of a large-scale outbreak, but it would up to the WHO and others to determine "if and when deployment of vaccine into this outbreak is warranted".

The WHO spokesman said "preparations are being accelerated to ensure that vaccine and equipment be available on site" and "appropriate ethical and regulatory authorization are being sought".

He added that "if pertinent" an immunization strategy known as ring vaccination would be the recommended approach.

Ring vaccination involves tracing all the people who might have been in recent contact with a newly diagnosed Ebola patient and offering them the vaccine. Results of a trial using this technique with the Merck shot in Guinea showed 100 percent protection in those vaccinated immediately.

Health officials in Congo are trying to trace 125 people thought to be linked to the cases identified in the remote northeastern province of Bas-Uele province in northeastern Congo near the border with Central African Republic.

The outbreak comes just a year after the end of an epidemic in West Africa killed more than 11,300 people, mostly in Guinea, Sierra Leone and Liberia.

Congo, whose dense forests contain the River Ebola near where the disease was first detected in 1976, has experienced many outbreaks and has mostly succeeded in containing them without large-scale loss of life. –Reuters