Prescribing video games for kids with sensory and attention problems 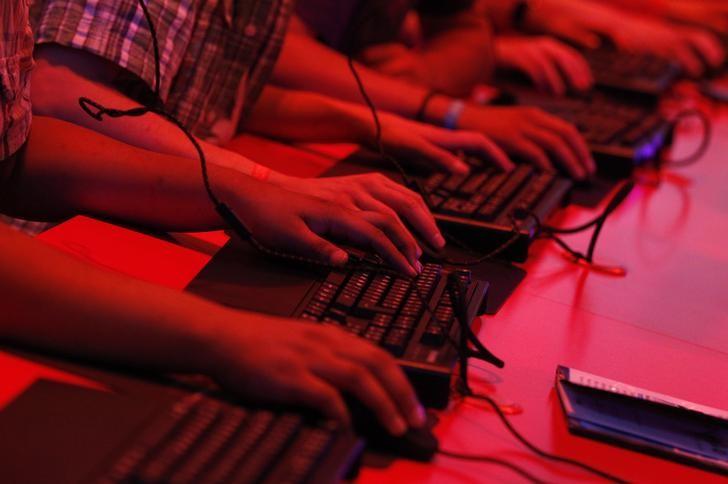 Prescribing video games for kids with sensory and attention problems

CALIFORNIA – The right kind of video game might one day help improve attention skills in some kids with sensory disorders that make it hard to process what they see and hear, a small experiment suggests.

For the study, researchers focused on 38 children with what’s known as sensory processing dysfunction, a condition that can make them unusually sensitive to things like the sound of a toilet flushing or the feel of a tag inside a shirt. The experiment also included a control group of 25 typically developing kids.

After four weeks of playing games designed to help kids with sensory problems, researchers found a significant improvement in attention skills among a subset of 20 kids with sensory issues who also had attention deficit hyperactivity disorder (ADHD).

“Children with sensory processing dysfunction have differences in the way their brains are wired,” said senior study author Dr. Elysa Marco of the University of California San Francisco.

“We think that there are differences in not only the wiring for sensory modulation but also for what we call cognitive control which includes the ability to sustain attention even in the face of distraction,” Marco said by email.

The University of California San Francisco and Akili Interactive Labs are developing the game kids played on a digital platform called Project: EVO. Researchers are investigating EVO as a therapy for children with cognitive impairments, including sensory processing dysfunction and ADHD.

An estimated one in 20 kids have sensory processing problems. Depending on their issues, they might be treated with occupational therapy to help them become more comfortable with input that upsets them, like loud noise or bright light, or they might be trained to become more sensitive to input they ignore, like pain, that makes them engage in reckless behavior.

The game is designed to help strengthen how the brain processes and prioritizes thoughts and external stimuli. Players help a character in the game navigate through winding paths, avoiding walls and obstacles. As they improve, the game becomes more difficult.

Kids in the study ranged in age from 8 to 11 years old. Researchers asked them to play EVO for 25 minutes, five days a week for four weeks.

At the start of the study, 54 percent of the children with sensory processing problems also had ADHD, based on symptoms reported by their parents, researchers report in PLoS ONE.

After playing the game for a month, parents of seven of the kids with both sensory issues and ADHD reported enough improvement in their children for kids to no longer meet the clinical definition for ADHD, the study found.

Beyond its small size and the experimental nature of the therapeutic game being tested, other limitations of the study include the lack of tests comparing EVO to a placebo game that wasn’t designed to achieve specific medical outcomes, the authors note.

“One wouldn’t hypothesize that any random game would help,” said Aaron Seitz, director of the University of California Riverside Brain Game Center for Mental Fitness and Wellbeing.

“Key to the success of this study is that the Evo game is designed to train players to selectively attend to target stimuli and ignore distracting stimuli,” Seitz, who wasn’t involved in the study, said by email.

If it reaches the market, it might make sense to consider EVO among the behavioral interventions to give children in addition to medication, Seitz added.

“The ideal is for drugs to be temporary measures that together with therapy can help children learn to cope with their conditions and then as they improve they can be weaned off the drugs,” Seitz said. “While there is some hope that this type of video game . . . can replace drugs, the more realistic perspective is that it is an additional tool that doctors and parents can use to improve outcomes.” –Reuters