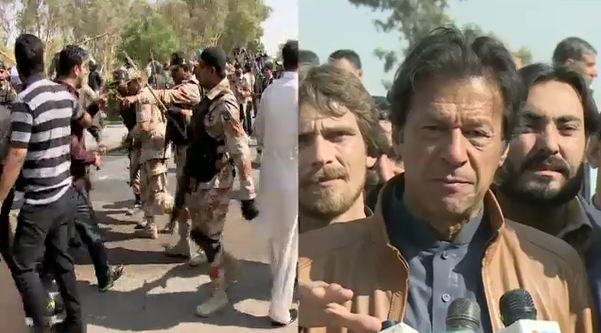 PESHAWAR (92 News) – Pakistan Tehreek-e-Insaf chairman Imran Khan has on Wednesday said that the rulers are production of dictatorship.

He said that the PTI will protest against the brutal killing of Pakistan International Airlines (PIA) employees in Karachi on Tuesday on February 6.

Khan further announced the opening of latest cinemas in the province.