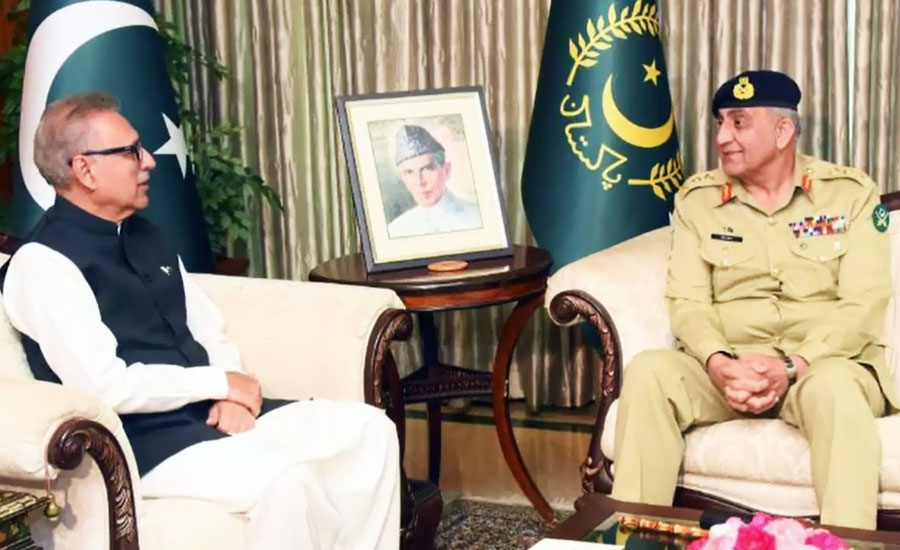 ISLAMABAD (92 News) – Chief of Army Staff General Qamar Javed Bajwa called on President Arif Alvi at Presidency on Tuesday. During the meeting, the president hailed the Pak army sacrifices in war against terrorism and extremism. They discussed the matters of national security. Earlier today, Prime Minister Imran Khan met Chief of Army Staff (COAS) General Qamar Javed Bajwa. According to the sources, the one on one meeting between the prime minister and the army chief was held before the National Security Committee (NSC) meeting. PM Khan briefed Gen Bajwa regarding his visit to China in the meeting. During the meeting, both the leaders discussed matters pertaining to overall law and order situation of the country. The two leaders also discussed matters relating to current situation of the country. The sources said that PrimeMinister Imran Khan likely to address with nation today.