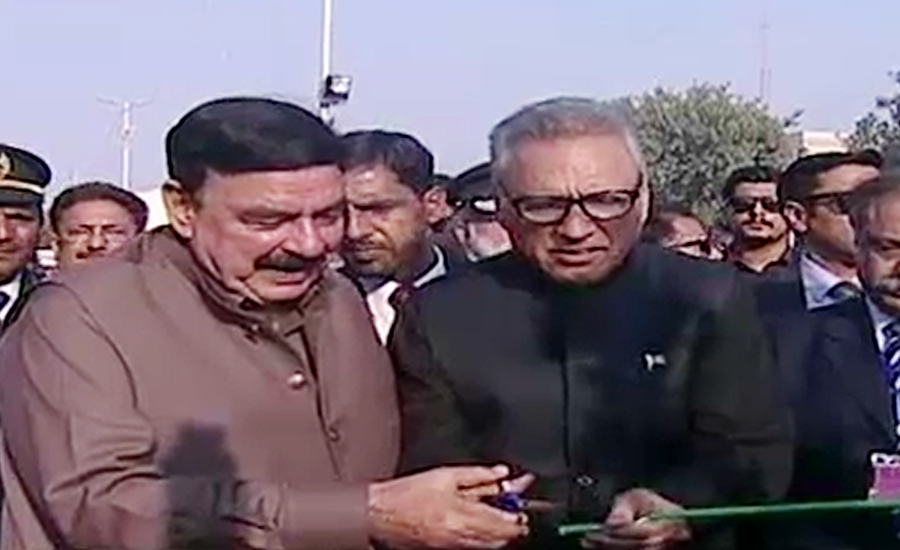 KARACHI (92 News) – President Arif Alvi inaugurated Dhabeji Express in Karachi on Wednesday. The seven-bogie train will facilitate the working class. The president congratulated Railways Minister Sheikh Rashid. He said that the railway had made great progress in the world except Pakistan. Railways Minister Sheikh Rashid expressed the resolve to steer the railway out of deficit in a year. He said that the government will run more trains in future. The Dhabeji Express will leave the City Station in Karachi at 7am every morning and reach Dhabeji station at 8:55am, after making stops at Drigh Road, Malir and Bin Qasim stations. Likewise, the other train would leave from Dhabeji daily at 6:15am. The minimum fare, according to Railways Divisional Commercial Officer Ishaq Baloch, would be Rs25 and maximum Rs80.