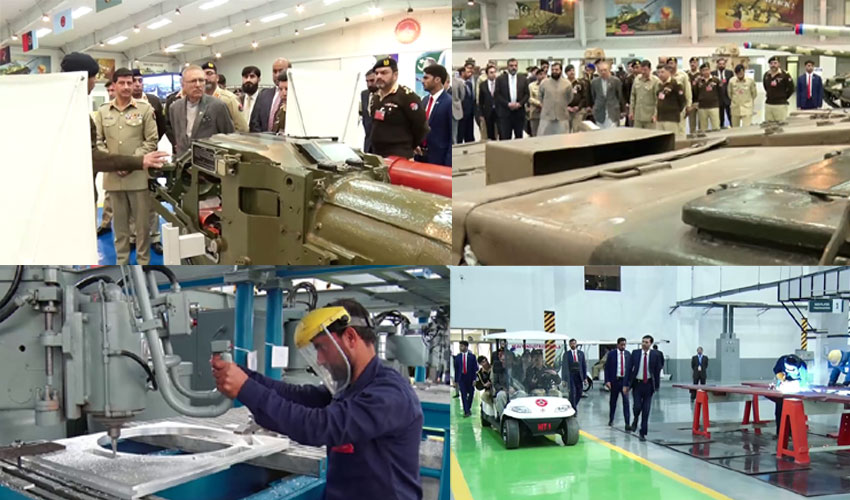 He visited various factories and witnessed work on ongoing projects. He took keen interest in ongoing R&D projects including bullet proofing and IED protection of military vehicles and manufacturing of tank and artillery gun barrels and systems. He applauded HIT’s efforts to attain self-reliance through indigenization and acquisition of modern technologies for combat vehicles and systems.

The President expressed his full confidence in capabilities of HIT and appreciated commitment of HIT to transform the organisation into a modern defence production establishment so as to adequately meet the requirements of Armed Forces and Law Enforcement Agencies (LEAs) in line with international standards.