The President while returning the bill has mentioned his observations for not signing it. 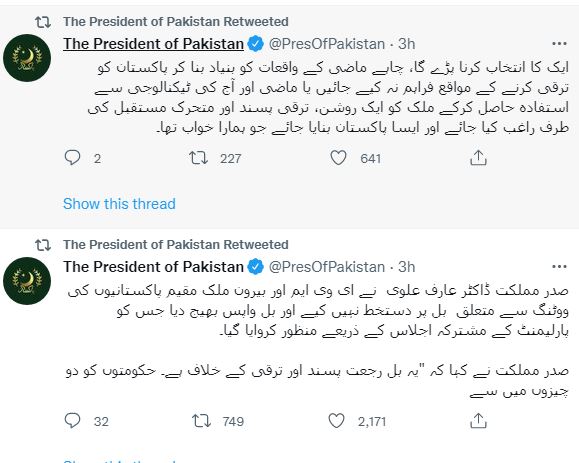 The President, however, has mentioned the Article 75 (2) of the constitution, which says a bill once returned by the President, if is passed by the joint sitting of the Parliament, with or without amendment, is deemed to have been given assent, after 10-days.