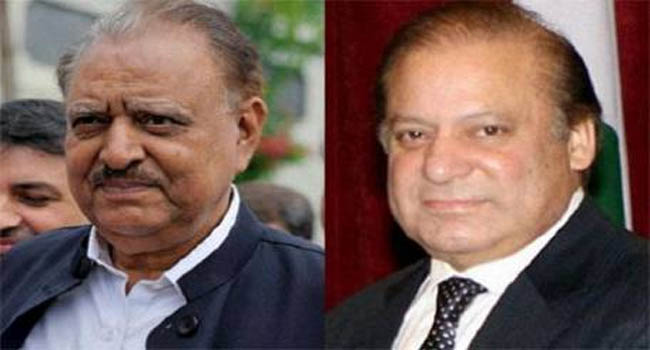 ISLAMABAD (92 News) – President Mamnoon Hussain and Prime Minister Muhammad Nawaz Sharif in their separate messages on the Youm-e-Ashur have called for forging unity among Muslims in the light of the teachings of Hazrat Imam Hussain (RA) to effectively tackle the challenges facing the Ummah. The only way to face these challenges is that the Ummah follows the teachings of Quran and does not indulge in discord, the president said. President Mamnoon said while remembering the sacrifices of Hazrat Imam Hussain (RA) and his companions, we should keep in mind the fact that their struggle was only meant for Allah's will. In his message, Prime Minister Nawaz Sharif said that on this day, we will have to shun our sectarian, ethnic and provincial differences, inculcating equality, harmony, discipline and the traits of sacrifice in ourselves. He said Hazrat Imam Hussain (RA) gave the world a lesson that freedom is a fundamental right in accordance with the true spirit of Islam. "One the important objective of the great sacrifice of Hazrat Imam Hussain (RA) was to save the Muslims from divide and uniting them. Today, we, in the light of that great sacrifice, can also tackle the threats of extremism and external aggression," the president said in his message on Youm-e-Ashur.