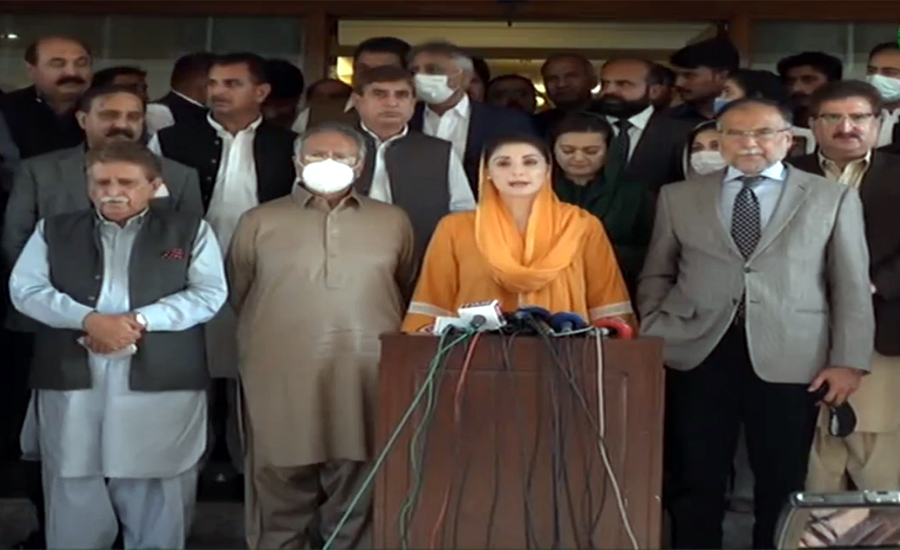 ISLAMABAD (92 News) – PML-N vice-president Maryam Nawaz has demanded that the President's summary stating PM has lost credibility should be made public.

Addressing a press conference on Friday, she said that the masses have held accountable those making a dacoity of votes.

"You (Imran Khan) has no right to cling to the power. How will you seek the vote of confidence from the member whom you accused of being sold?" she questioned.

The PML-N vice-president said that she did not consider Imran Khan as prime minister.

"Imran Khan will be besieged historically if he went to the public. People announced verdicts against Imran Khan in the by-election in four provinces," he maintained.