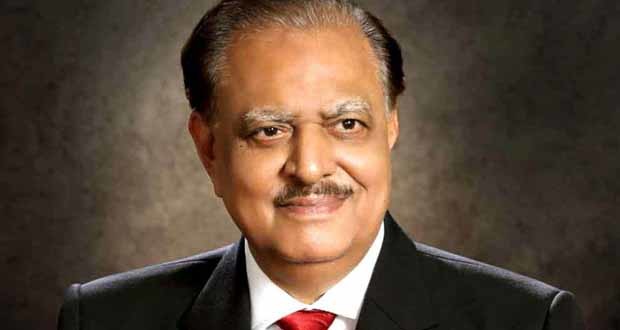 ISLAMABAD (92 News) – President Mamnoon Hussain has said the government is taking effective steps to check misuse of blasphemy law. Talking to German South-Asian Parliamentary Group Chairman Niels Annen on Wednesday the president said that the law is equally applicable both on Muslims and Non-Muslims. “The government is serious about amending possible loopholes present in the law,” he said. Mamnoon Hussain said that the de facto moratorium on the death penalty was lifted in accordance with the public sentiments. “People of Pakistan hate terrorism. They wanted severe punishments for the terrorists,” he said. “The government is determined to set an example out of those who fund or aid the terrorists.” The president said that terrorists have no religion. “Operation Zarb-e-Azb will continue till the last terrorist is standing,” he said. “It is the need of the hour that religious harmony be promoted for the sake of global peace and harmony.