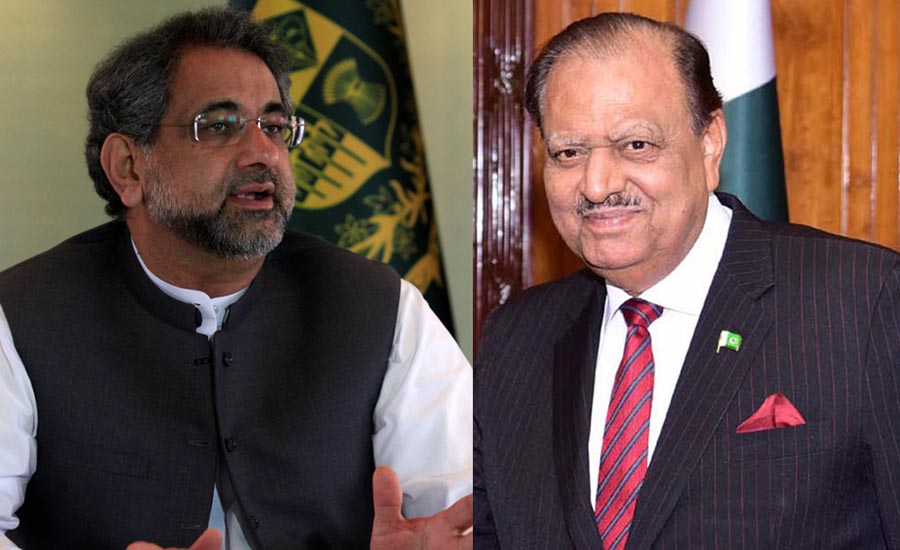 ISLAMABAD (92 News) – President Mamnoon Hussain on Friday urged the nation to follow the footsteps of its great leaders and work hard with dedication and devotion to take the country forward on the path of progress and prosperity. In his message on the occasion of Pakistan Day, he said that the nation confronted decades old terrorism that plagued the entire region with resilience and took it up as a challenge. The President said that he was pleased to note that the nation stood united against extremism and terrorism and helped in bringing about an economic turnaround and return to peace and tranquility. He said that the successful implementation of the China Pakistan Economic Corridor (CPEC) was a proof of the economic stability. Hussain said that March 23, was specifically observed to mark the day when the country’s forefathers passed a historic resolution at Lahore in 1940 that brought the Muslims of the subcontinent on a united platform and gave a clear direction for the achievement of a great objective. He went on to say that the day also reminded us that Pakistan came into being owing to a long democratic struggle and added that today its progress and stability were also embedded in a democracy.   PRIME MINISTER MESSAGE In his message to the nation on Pakistan Day, Prime Minister Shahid Khaqan Abbasi said that the Pakistan came into being consequent to a democratic struggle and its security, solidarity and prosperity was also linked with the democracy. The prime minister urged his countrymen to follow the teachings of Quaid-e-Azam Muhammad Ali Jinnah and Allama Muhammad Iqbal as a lively and determined nation for the stability and supremacy of the homeland. He said that the Day (March 23) reminded the great moment of 78 years ago when the Muslims of the sub-continent had made a commitment to create an independent Muslim state by breaking the shackles of oppression. Abbasi said on the very Day the Pakistan Muslim League had adopted a historic resolution in a meeting in Lahore chaired by Muhammad Ali Jinnah which was later named as the Resolution of Pakistan. He said while observing the Pakistan Day, the people should have a deep insight into our past besides pondering our past as well as the future. We will have to review our successes as well as the shortcomings, the prime minister added.