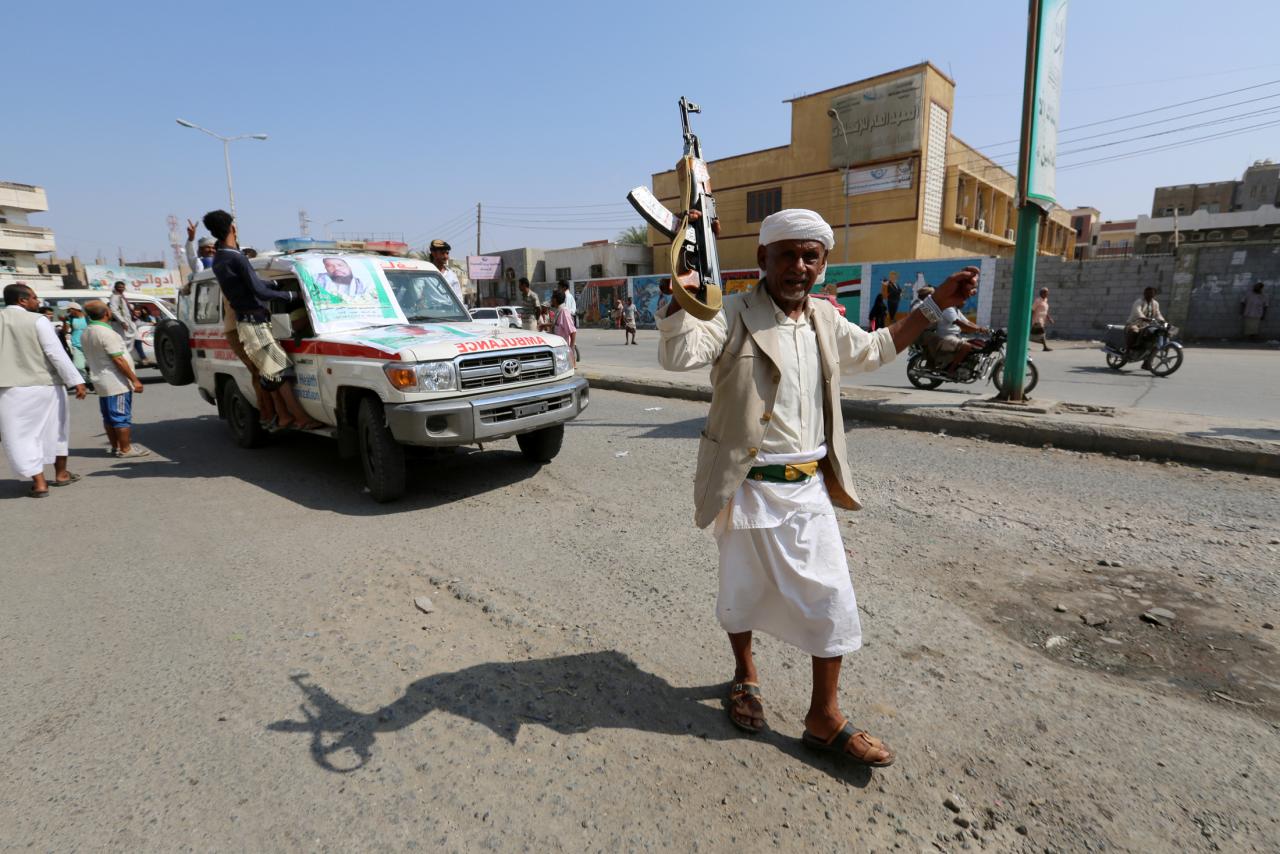 RIMBO, Sweden (Reuters) - Yemen’s warring parties are being pressed to agree thorny confidence-building measures, including the status of a strategic Red Sea port, in consultations on Wednesday before the close of the first U.N.-led peace talks in two years. United Nations Secretary-General Antonio Guterres is due to attend final talks in Sweden on Thursday to support his envoy’s efforts and meet delegates from the Iran-aligned Houthi group and the Saudi-backed government of Abd-Rabbu Mansour Hadi. Ambassadors from countries that are permanent members of the Security Council - China, France, Russia, the United Kingdom and the United States - joined talks with delegation heads on Tuesday, sources said. Western nations, some of which supply arms and intelligence to the Saudi-led coalition that intervened in Yemen in 2015, want an end to nearly four years of war that have killed tens of thousands of people and pushed millions to the brink of famine. President Donald Trump told Reuters on Tuesday he could abide by legislation being considered by the Senate to end U.S. support for the Saudi-led war effort following outrage over the Oct. 2 murder of Saudi journalist Jamal Khashoggi in the kingdom’s Istanbul consulate. “I hate to see what’s going on in Yemen,” Trump said. “But it takes two to tango. I’d want to see Iran pull out of Yemen too. Because - and I think they will.” The nearly four-year-old conflict is largely seen in the Middle East as a proxy war between Saudi Arabia and its rival, Shi’ite Muslim Iran, which has welcomed the peace efforts. The Western-backed Sunni Muslim Arab coalition intervened in the civil war to restore Hadi’s government which was ousted from the capital Sanaa in 2014 by the Houthis, who now control most population centres, including the Red Sea city of Hodeidah.

“THE DEVIL IS IN THE DETAILS”

UN envoy Martin Griffiths, trying to avert a full-scale assault on Hodeidah, where coalition forces have massed on the outskirts, is asking both sides to withdraw from the city. His proposal envisions an interim entity be formed to run the city and port, and international monitors deployed. Both sides agree to a U.N. role in the port, the entry point for most of Yemen’s commercial imports and vital aid, but differ on who should run the city. The Houthis want Hodeidah declared a neutral zone while Hadi’s government believes the city should fall under its control as a matter of sovereignty. “The devil is in the details - withdraw how far (from Hodeidah), the sequence, who governs and delivers services,” said one diplomat, speaking on condition of anonymity. The parties have also yet to agree on reopening Sanaa airport, shoring up the central bank and a transitional governing body. Some progress has been made since the talks were launched last week with a prisoner swap deal. The two sides on Tuesday exchanged lists of about 15,000 prisoners to be released under supervision of the International Committee of the Red Cross. Another round of peace talks could be held in early 2019. Coalition leaders Saudi Arabia and the United Arab Emirates want to exit a costly conflict bogged down in stalemate since 2015 after the alliance seized the southern port of Aden, the Hadi government’s current base. Hadi returned to the Saudi capital Riyadh on Tuesday from the United States where he underwent routine medical tests, his office said in a statement.