Under-pressure Guptill given passage to India 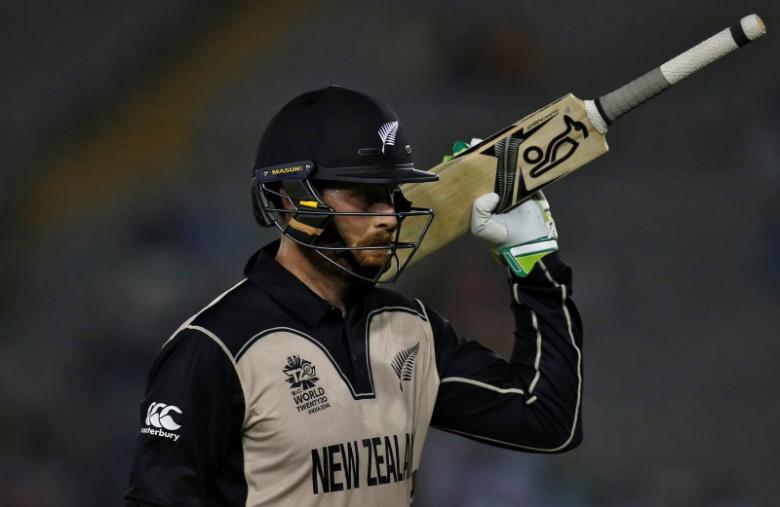 Under-pressure Guptill given passage to India

MUMBAI - The faith that Martin Guptill will eventually transfer his limited overs mastery into the test arena has granted the embattled opener yet another reprieve but the patience of New Zealand's truest believers may finally be wearing thin. The 29-year-old was retained in the 15-man squad named on Tuesday for the tour of India despite bringing scores of 7, 8 and 0 from the test series defeat in South Africa. Selectors have long ignored the calls of media pundits to cast Guptill aside and again backed the batsman to blossom against the red ball in the subcontinent. "Guppy has experience in subcontinent conditions and we still believe if he plays his natural game and transfers that white ball style across to tests he can be a very successful test match cricketer," selector Gavin Larsen told local media. But Larsen's encouragement was tempered by an explicit warning that the batsman's place remains on shaky ground. "He's got three very big tests in front of him," he added. "The reality is this is a really important test series for Martin, his numbers are down, but we do believe this is an environment in which Martin Guptill can prosper." Averaging 29.59 in 44 tests since his 2009 debut, Guptill has not been short of chances and clawed his way back into the team last year after a two-year absence. His continuing dominance in the shorter formats, meanwhile, has only exacerbated frustrations. His past 12 innings in one-day cricket has produced two hundreds and five half-centuries but the swashbuckling confidence and clean hitting has evaporated when facing the red ball. "For a period of time now, Martin's brief from the coach, captain and the batting coach has been to play his natural game," said Larsen. "That is the frustration for everyone, including Martin probably, he just hasn't quite be able to nail that role or style down." Guptill has been afforded some room to save his career in India, with selectors declining to add a replacement opener. Uncapped Auckland batsman Jeet Raval was included in a 16-man squad for the test tour of Zimbabwe and South Africa but dropped for India along with fast bowler Matt Henry. Selectors also believe that paceman Tim Southee can dig himself out of a hole after his form woes continued in Africa where he was outperformed by third seamer Neil Wagner. Southee was retained but will also be under pressure to hold his spot should selectors opt to play an extra spinner in the tests or select recalled all-rounder James Neesham as a third pace bowling option. -Reuters