Pressure to be ‘manly’ may lead to violence 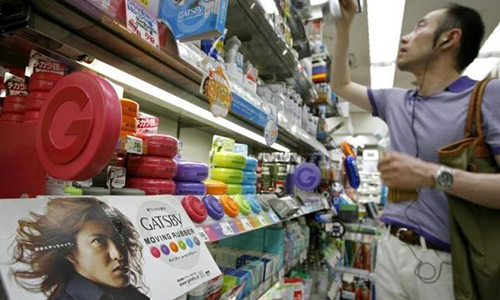 Pressure to be ‘manly’ may lead to violence

ATLANTA – Men who perceive themselves to be less masculine according to the traditional gender norms of society, and are feeling stressed about it, may be more prone to violent behavior, according to a U.S. study. These men are more likely to commit violent assaults compared to men who are more comfortable in their own skin, researchers say. But this doesn't mean all men who feel "less manly" will become violent, said Dr. Dennis Reidy, the study's senior author from the Centers for Disease Control and Prevention in Atlanta. "The key word here is ‘stress’," he told Reuters Health. "It's important to understand that it’s a combination of the two things." In other words, violent behavior may result when a man believes that others perceive him to be less masculine and then feels stressed about that. The researchers call this "masculine discrepancy stress." In general, men tend to be at a higher risk of poor health and injury, in part because they are more likely to engage in risky behaviors. Compared to women, men have higher rates of substance use, binge drinking, reckless and aggressive driving, weapon carrying and violence. One reason for this unhealthy risk taking behavior may be related to "discrepancy stress," according to Reidy and his coauthors. That said, Reidy added, many factors "go into driving someone to become violent and engaging in risky behaviors. There is no single thing that will entirely explain the behavior or be the cause for it." For the study, published in Injury Prevention, Reidy’s team recruited 600 men ages 18 to 50 via Amazon’s Mechanical Turk online data collection site. The men were surveyed about their self-perceptions with regard to gender roles. Then the researchers assessed whether men who were experiencing psychological stress believed that others perceived them to be less masculine. For stressed men with this belief, the study team also looked to see if stress manifested in risky or violent behavior. Men who scored high on both gender role discrepancy and its associated stress reported rates of assaults that were 348 percent higher than men who were low on discrepancy stress. "If someone's masculinity is threatened in some way, responses are often attempts to over-demonstrate masculinity in other ways," said Dr. Tristan Bridges, a sociologist at the College at Brockport State University of New York. Bridges, who was not involved in the study, told Reuters Health by email about recent experimental research on this issue. For example, men who have their masculinity 'threatened' in a lab, such as taking a gender identity test and being given feedback, were less likely to identify scenarios involving sexual assault as being sexual assault. Research has also shown "threatened" men are more supportive of war, show more prejudice toward gay men and lesbians, are more likely to say they believe in the natural superiority of males, and are more likely to say they want to buy an SUV, Bridges noted. "I think the practical information that we can glean is that, in spite of big gains in gender equality in education, the workplace, and politics, men are still clinging to problematic understandings of masculinity," Bridges said. "It's a powerful statement of masculine entitlement. This is not saying that men act in these ways all the time - just when they perceive their masculinities as having been threatened." As for solutions, Reidy said research into this phenomenon is just getting underway. "We are just beginning to look at primary prevention strategies that we can implement before people get violent," he said. "And we are looking at this more from the public health standpoint. Rather than identify a single individual, we want to roll it out to the public at large." –Reuters