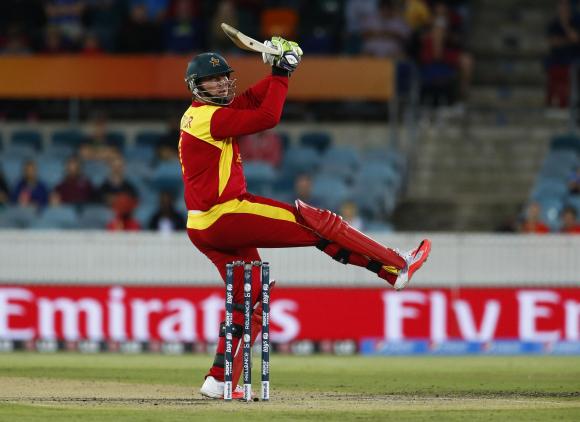 AUCKLAND – Stand-in captain Brendan Taylor is convinced Zimbabwe have more than enough depth in their side to cope when he steps away from international cricket and says he wants to finish on a "high note" with a win over India at the World Cup on Saturday. The 29-year-old wicketkeeper-batsman is possibly playing his last game for his country after signing a three-year deal with Nottinghamshire as a 'Kolpak player', which prevents him from playing for Zimbabwe for the duration of the contract. Taylor's absence will leave a massive hole in Zimbabwe's batting line-up and rob the side of invaluable experience. "I think there's enough depth there at the moment," Taylor told reporters in Auckland ahead of the Pool B match at Eden Park against India. "We've certainly got some experienced players, we've got some young and talented players coming through. I'm not too worried about maybe leaving a hole there ... I certainly don't think that's the case. "I think the players are definitely good enough to fulfil that number four spot in test cricket and one-dayers. I'm confident that there's a bright future right around the corner for Zimbabwe cricket." Taylor, who has stood in for the injured Elton Chigumbura for Zimbabwe's final two games, said he would be sad to leave the national team after 11 years. He had been a unifying figure as Zimbabwe slowly returned from isolation following long-running disputes between players and administrators. His calm head has been vital on the field for Zimbabwe, while his brutal honesty in defeat at the World Cup, particularly after a five-run loss to Ireland, left his players in no doubt about their shortcomings. That very public venting of frustration aside, Taylor had no regrets as he contemplates a future without international cricket after the clash with India. "Every player's dream is to represent their country, and I've been lucky enough to do that," he said. "We've had our challenges as young players coming into the side. We've had some tough losses, but we've slowly evolved and managed to sneak a few great ones in for us. Its been thoroughly enjoyable. Sad for me that it'll be ending, but I'm very proud to be a Zimbabwean, I'm very proud to represent my country on a great stage tomorrow to finish up and hopefully end on a high note." –Reuters