Previous govts did nothing to improve ties with Russia, Putin tells PM Khan 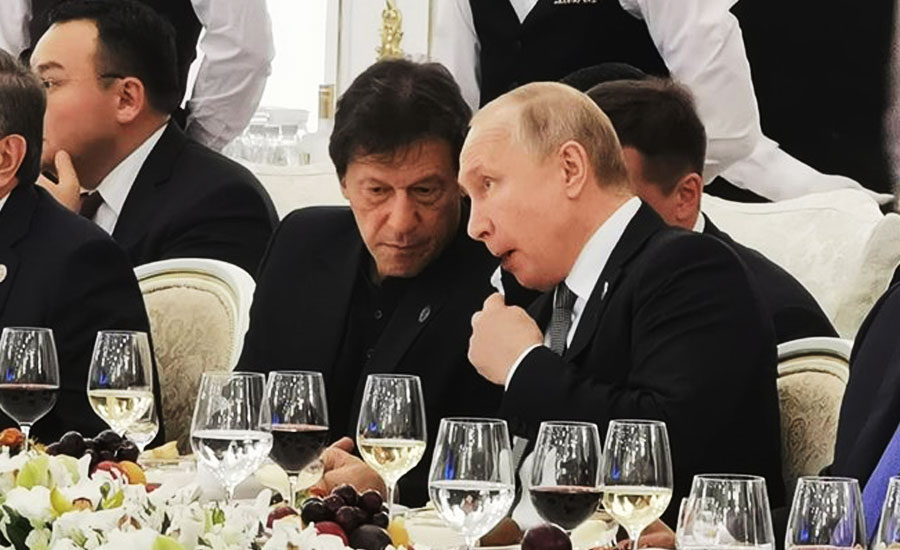 Previous govts did nothing to improve ties with Russia, Putin tells PM Khan

ISLAMABAD (92 News) – Complaining about unusual behavior of previous Pakistani governments, Russian President Vladimir Putin told Prime Minister Imran Khan that successive Pakistani governments did nothing to improve ties with Russia. The government sources unveiled the conversation between Imran khan and Putin during the meeting on the sidelines of the recent SCO summit in Bishkek, Kyrgyzstan. The sources said that the Russian president expressed his desire to have good relations with Pakistan during a meeting. “The Russian president told Imran Khan that successive Pakistani governments in the past led by different parties did nothing to improve ties with Russia to the required level,” It said. “The Russian president also told the prime minister that his last interaction was with the-then Pakistani President General (retd) Pervez Musharraf and now with him after a long time,” it added. The sources further said that the president was happy about his meeting with PM Khan and expressed his desire to have good ties with Pakistan. The premier told Putin that his country too wanted to promote and expand ties with Russia. Both the leaders also discussed the regional and international situation over the dinner table. It was also decided to promote bilateral relations at the highest level. It is noteworthy that Vladimir Putin and Imran Khan were also seen seated close to each other during the summit.

Earlier, Prime Minister Imran Khan held an informal meeting with Russian President Vladimir Putin on the sidelines of the 19th meeting of the Council of the Heads of State of the Shanghai Cooperation Organization (SCO).

They discussed the matters of mutual interest. Both leaders will hold one-on-one meeting on Friday.

Meanwhile, Prime Minister Imran Khan gave an interview to the Russian media. He expressed the wish to reduce tension with India and enhance relations with Russia. He said that Pakistan wants to spend money on public welfare instead of weapons.