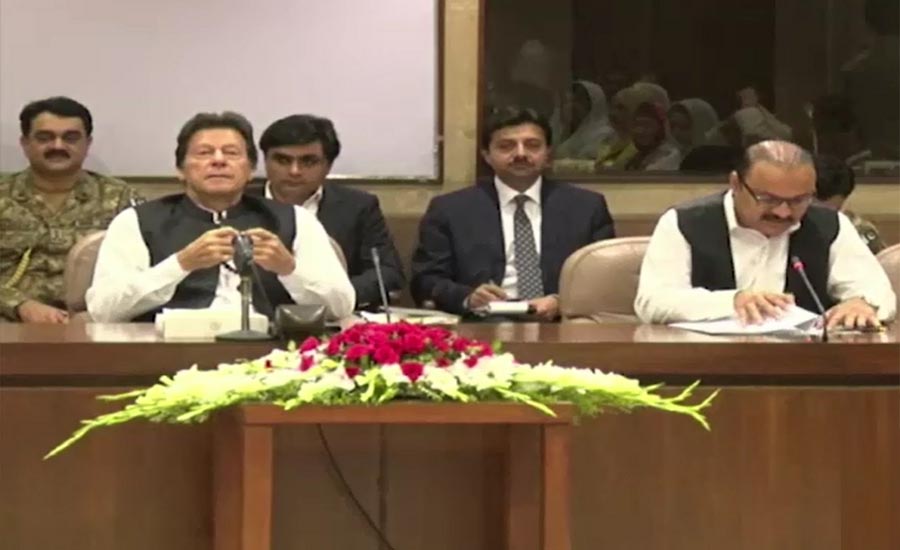 ISLAMABAD (92 News) – Prime Minister Imran Khan presided over a meeting of the party leaders at Bani Gala on Saturday. During the meeting, the prime minister was briefed about the proposed inquiry commission. Speaking on the occasion, the prime minister said that the objective of the commission is to probe how the foreign debts increased to Rs2,4000 billion. He said that the commission will also hold the people having ‘Iqama’ accountable. “Economy has stabilized and now it will take off. We have passed through the difficult phase,” he said. The prime minister said that the arrested people want a national reconciliation ordinance (NRO). About the Pak-India cricket match, he said that the Indian team will meet the fate Modi met in Kyrgyzstan. PM Imran Khan said that a 30 percent decrease has been witnessed in the current account deficit. “It is top priority of the PTI government to raise the people above the poverty line,” he said. Jahangir Tareen, Hafeez Shaikh, Umar Ayub, Murad Saeed, Shabbar Zaidi, Firdous Ashiq Awan and other leaders attended the meeting. Adviser to PM on Finance briefed the prime minister about the budget, while Shabbar Zaidi talked about the tax targets. Jahangir Tareen informed the meeting about the Agriculture Trophy.