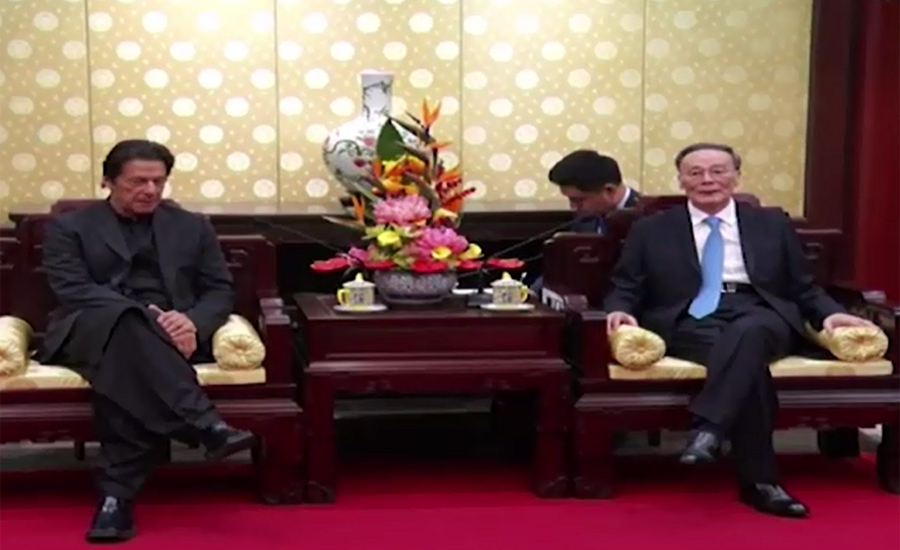 BEIJING (92 News) – Prime Minister Imran Khan called on Vice-President Wang Qishan and his Chinese counterpart Li Keqiang at the Great Hall of the People, Beijing on Saturday. During the meeting with the Chinese counterpart, Prime Minister Imran Khan said that unusual progress of China in economic and social sectors on the basis of information technology and an end to poverty and corruption during the last 40 years is an example. Both premiers underscored the commitment for a stronger strategic cooperative partnership between Pakistan and China. They also assisted by their cabinet members held talks. 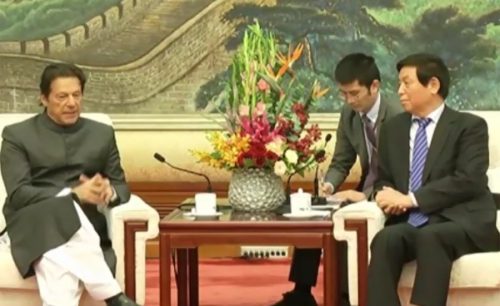 The Chinese premier assured the prime minister of support for progress in different sectors. The two sides expressed satisfaction over the multi-faceted bilateral relations. They reiterated their resolve to continue to deepen the relationship and explore new avenues of practical collaboration. Both sides expressed satisfaction over the progress of CPEC which is a flagship project of Belt and Road initiative. They expressed complete confidence on the importance and future development of CPEC. In his remarks, the Chinese premier expressed his desire to work closely with Prime Minister Imran Khan to further strengthen the all weather strategic partnership for shared future. 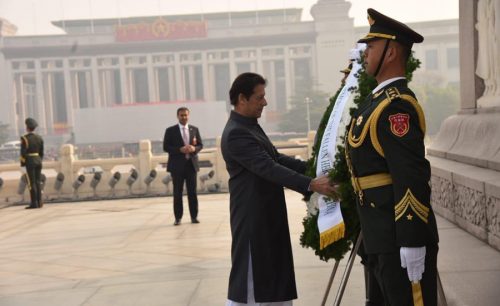 Prime Minister Imran Khan thanked the Chinese premier for the warm hospitality and reaffirmed the message of strong strategic partnership between Pakistan and China. He invited Premier Li Keqiant to visit Islamabad and he accepted the invitation. Earlier on arrival at the Great Hall of the People, the Chinese Premier accorded warm welcome to Prime Minister Imran Khan. An official welcome ceremony was held in honor of the prime minister. Anthems of both the countries were played. Guard of honor was presented to the prime minister. The prime minister also laid wreath at the Monument of the People's Square.