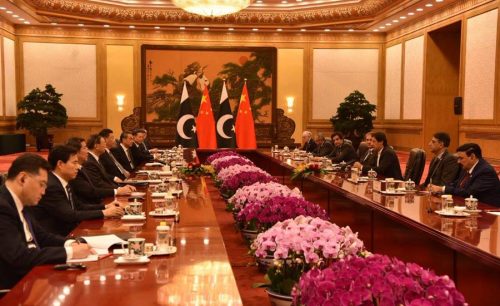 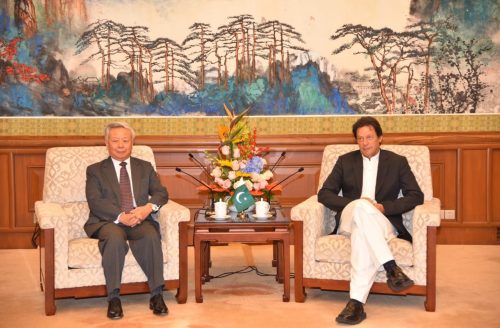 Prime Minister Imran Khan held a meeting with President Asian Infrastructure Investment Bank Jin Liqun in Beijing today. He discussed with him the development projects in Pakistan.Meanwhile, the Prime Minister also met Minister for International Department of Communist Party of China Song Tao in Beijing. During the meeting, views were exchanged on matters of mutual interest. Prime Minister Imran Khan has invited Asian Infrastructure Investment Bank (AIIB) to explore projects in power generation, transmission, transport, and water supply sectors in Pakistan. Talking to President Asian Infrastructure Investment Bank Jin Liqun in Beijing today, he underscored several cooperation opportunities existed in these areas. The prime minister said that his government has prioritized economic revival and structural reforms and is also making all-out efforts for poverty alleviation. He said, being a founding member of the Asian Infrastructure Investment Bank, Pakistan fully supports Bank’s mission. The AIIB had achieved good results in a very short span of time since its establishment in 2016 and was financing different projects in Pakistan. AIIB President said the bank is committed to playing its role in Pakistan’s economic development, while upholding the shared principles of openness transparency, independence and accountability. It was also agreed to expedite disbursements for projects in the pipeline. Pakistan fully shares IDCPC’s mission of promoting people to people contacts: PM 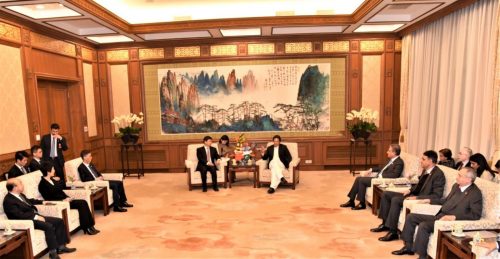