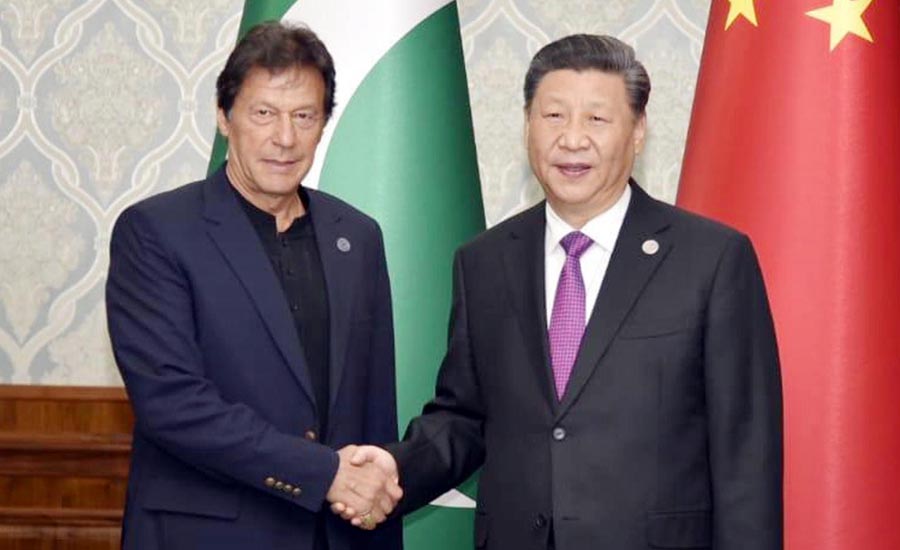 ISLAMABAD (92 News) – Prime Minister Imran Khan on Friday reached home after completing the Kyrgyzstan tour on Friday. The prime minister remained cynosure of the conference. A video showing PM Imran Khan and the Russian president went viral and was highly appreciated across the world. Both also held a meeting during the dinner. However, no world leader paid attention to Indian PM Narendra Modi. He also held a one-on-one meeting with Russian President Vladimir Putin. Earlier addressing the 19th meeting of SCO Council of Heads of State on Friday, the prime minister urged the member states of Shanghai Cooperation Organization (SCO) to finalize arrangements for trade in local currencies, and set up SCO Fund and SCO Development Bank to catalyze the trans-regional development agenda. “We should reinforce our vision of cooperation, that rejects confrontation, and advance the imperatives of peaceful co-existence at the regional and international levels. The SCO member states should galvanize the ‘Shanghai Spirit’ to strengthen the organization's core mandate of mitigating the risks of conflict, fostering confidence, and promoting stability,” he said. Imran Khan said the SCO member states need to synergize the various region-wide connectivity initiatives, and work on complementing infrastructure connectivity with soft connectivity. He proposed setting up SCO Culture and Tourism Corridors, clustering multiple SCO destinations into a single package. Imran Khan emphasized on making SCO more relevant to the daily lives of citizens by promoting food security and enhancing cooperation in health and humanitarian sectors. He said that the SCO should take the lead role in establishing a comprehensive framework for combating corruption and white collar crime. The prime minister said that the SCO should prioritize women and youth empowerment by focusing inter-alia on strengthening the Women Forum and the Youth Council and mandating them to promote gender mainstreaming, skills acquisition and jobs mobility. He said SCO member countries need to bridge the gap between region-specific research and policy by launching feasibilities for creating SCO Centres of Excellence on Poverty Alleviation, De-Radicalization, Connectivity, and New Technologies. Imran Khan said enduring peace and prosperity in South Asia will remain elusive until the main dynamic in South Asia is shifted from confrontation to cooperation. “It is important to seize the opportunities for peaceful resolution of outstanding disputes and collective endeavours for regional prosperity.” The prime minister said that Pakistan condemns terrorism in all its forms and manifestations, including state-terrorism against people under illegal occupation. “We are among the few countries to have successfully turned the tide against terrorism.” He said that Pakistan remains ready to share its experience and expertise in counter terrorism. “We will also remain actively engaged in SCO's counter-terrorism initiatives,” he said. Referring to the Afghan issue, the prime minister said that there is finally a realization that the conflict in Afghanistan has no military solution. “Pakistan is fully supporting efforts for peace and reconciliation, through an Afghan-led and Afghan-owned process,” he added. The prime minister said that China-Pakistan Economic Corridor (CPEC), the flagship project of President Xi's far-sighted Belt and Road Initiative, is fast reaching fruition. “Gwadar Port, at its southern end, marks the only point of convergence of the maritime Belt and the overland Road. The CPEC is destined to catalyze the creation of an integrated pan-Asian sphere of shared prosperity,” he said.