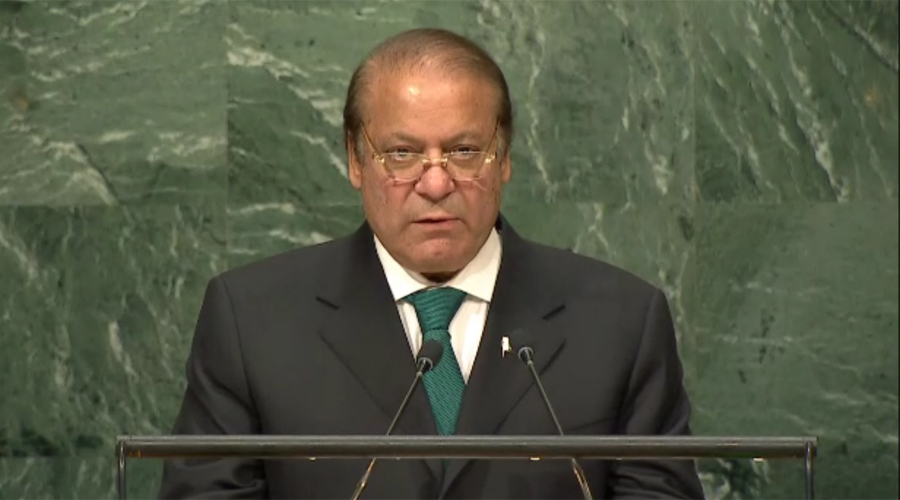 NEW YORK (92 News) – Prime Minister Nawaz Sharif is addressing the United Nations General Assembly. He said that differences among international powers pose a threat to peace in Asia. “Human sufferings have not mitigated despite prosperity in the world,” he maintained. The prime minister said that peace cannot be established without eliminating injustice. “We put the country on the path of the best economy during our tenure.” He said that Pakistan had been a target of terrorism. “Terrorists were provided help from abroad. Pakistan is a victim of sponsored terrorism. Our jawans and innocent people martyred in terrorist attacks,” he maintained. PM Nawaz Sharif said that Pakistan is fully supporting the efforts for peace in Afghanistan. He said that Pakistan wants peace with India. “Pakistan wants to resolve all disputes, including Kashmir, through dialogues. India puts condition for dialogues. Over 500,000 Indian soldiers are committing atrocities against Kashmiris,” he said.