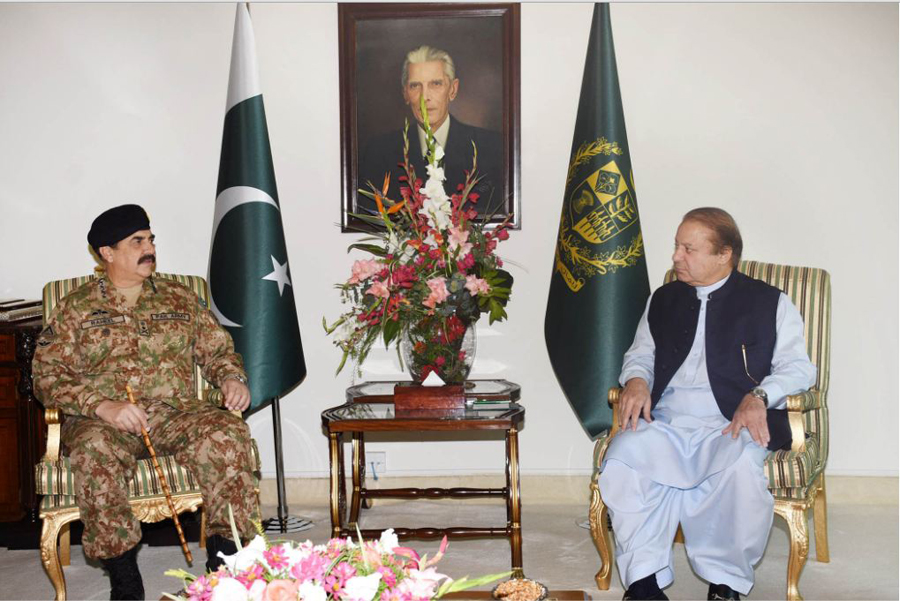 ISLAMABAD (92 News) – Chief of Army Staff General Raheel Sharif held a meeting with Prime Minister Nawaz Sharif at PM House on Friday. Sources revealed that the agenda of the meeting was the PM’s tour to America. They said that both leaders had discussed Indian intervention, situation in Occupied Kashmir and war against terrorism. The prime minister also consulted the COAS with regard to his speech in the UN General Assembly.