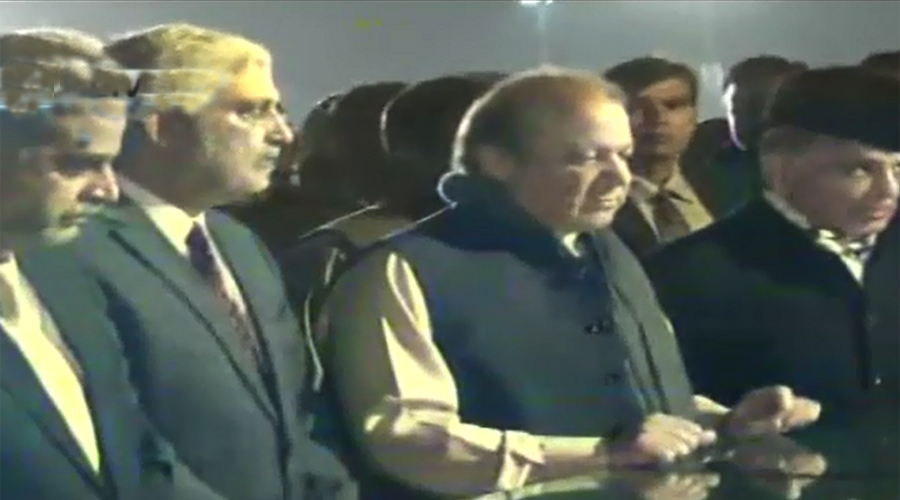 LAHORE (92 News) – Prime Minister Nawaz Sharif inaugurated Greater Iqbal Park on Saturday. He also took round of several parts of the park. Speaking on the occasion, the prime minister said that there was no place for the sit-in in the park. “The country will advance at a fast pace. Lights are restoring at the place where they had ended,” he said. He said that situation is changing fast in Balochistan. The park, besides providing entertainment to the citizens, will also become a new landmark of Pakistan’s culture. Along with renovation of the Minar-e-Pakistan, the project features expansion of the Iqbal Park by including it in the stretch of Circular Road between the park and Lahore Fort. The 125-acre green oasis is surrounded almost entirely by the old city of Lahore. Visitors can lounge on rolling lawns and take in the panoramic view of the symbolic Minar-e-Pakistan, the majestic Lahore Fort, the iconic Azadi Interchange and the historic Badshahi Mosque that also shelters the tomb of Allama Iqbal. Beautiful moving fountains have also been installed with colour lights at Greater Iqbal Park. In addition, a library, an open air gym and a food court have also been constructed in the park.