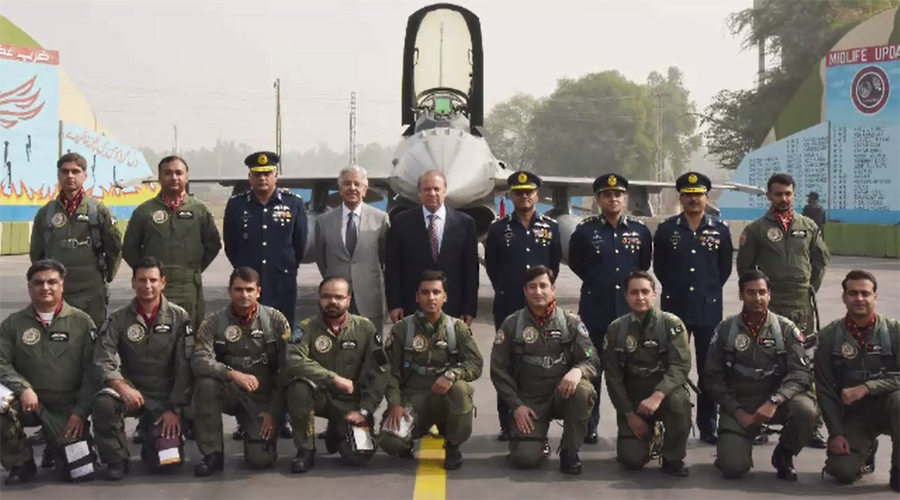 SARGODHA (92 News) – Prime Minister Nawaz Sharif visited Mushaf Airbase and inspected the PAF High Mark Exercises 2016 on Wednesday. On his arrival, he was welcomed by Air Chief Marshal Sohail Aman. The prime minister was presented the guard of honour. Speaking on the occasion, PM Nawaz Sharif lauded the role of PAF in eliminating terrorism. He said that the nation is proud of the PAF that worked with Pak Army and Navy. “We achieved key successes in Operation Zarb-e-Azb and broke the backbone of terrorists,” he said.