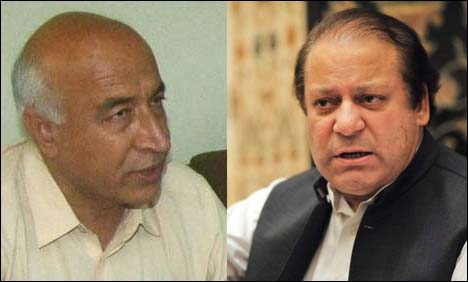 ISLAMABAD/TURBAT (92 News) – Taking notice of the Turbat massacre, Prime Minister Nawaz Sharif called Balochistan Chief Minister Dr Abdul Malik Baloch on Saturday and ordered an inquiry into the incident. The CM in his talk with the prime minister called the incident a lapse of security. He directed the Balochistan Home minister to present the report of the incident. He also announced Rs 10,00,000 compensation for the all the deceased's families and Rs 50,000 for the injured. Meanwhile, Turbat Commissioner said that security had been in place for the deceased, but the attackers were too much in number. Earlier, around 50 gunmen reached the camp of labourers working at the Sohrab Dam camp by cars and motorbikes and surrounded the camp. After their identification by their NICs, the labourers were made to stand in a line and were shot dead by automatic weapons. As a result, 20 labourers were killed and three were injured.