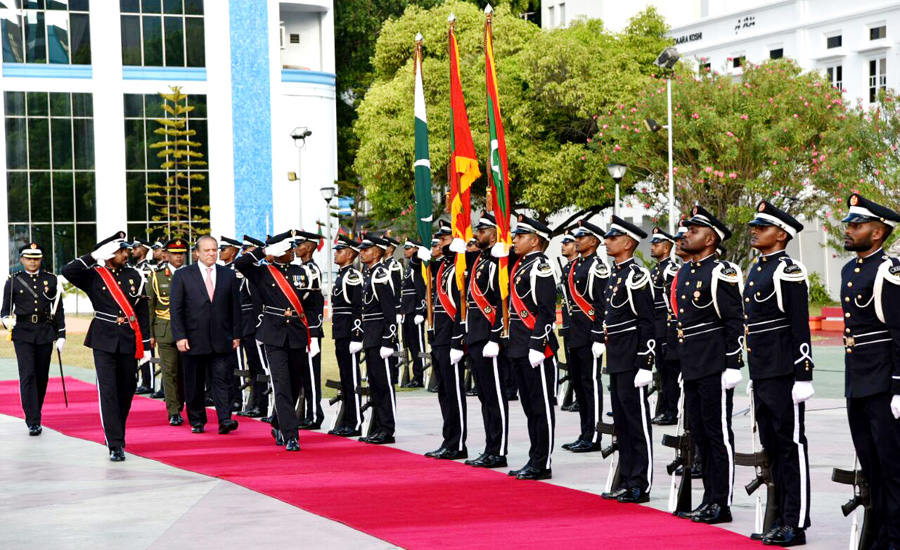 MALE (92 News) – Prime Minister Nawaz Sharif reached Maldives on a three-day tour on Tuesday. He was accorded a rousing welcome on reaching Male. He was presented the guard of honour and a salute of canons. A colourful cultural show was also arranged on the occasion. 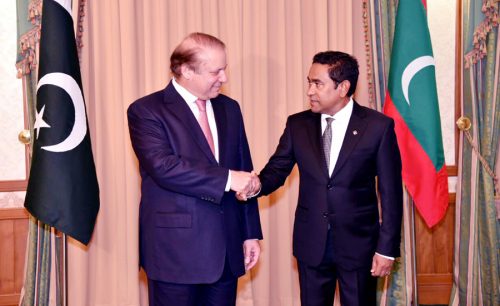 Addressing a joint news conference along with Maldivian President Abdulla Yameen Abdul Gayoom in Male, Prime Minister Nawaz Sharif said that India has harmed South Asian Association for Regional Cooperation and undermined the spirit of the regional forum.
He said both the countries share common views to make SAARC a vibrant organization for regional development. The prime minister said that he had also exchanged views with the Maldivian president over ongoing brutal repression by Indian forces in the Occupied Kashmir. 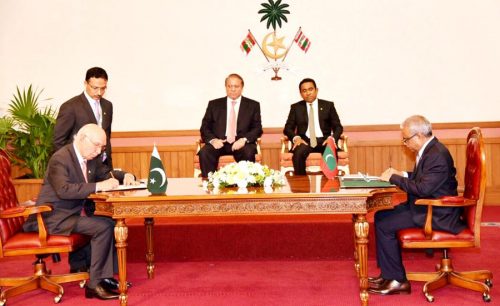 The prime minister said that four joint working committees have been set up to oversee implementation of the MoUs. He said Pakistan-Maldives Joint Business Council and Joint Working Group have been established. First Lady Kasloom Nawaz and Adviser to the PM on Foreign Affairs Sartaj Aziz are accompanying him.