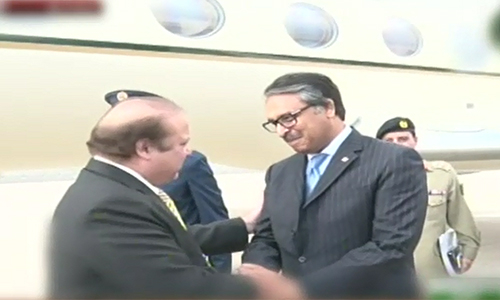 He was received at Kennedy's International Airport by Pakistan's Ambassador to the UN Dr Maleeha Lodhi and senior officials of the Pakistani mission.

The prime minister will address at five important events, spelling out Pakistan's foreign policy agenda and stance on global issues.

Ambassador Maleeha Lodhi told reporters that around 160 world leaders are scheduled to attend the session.

She termed it a historical event, which would be a big opportunity to put Pakistan's stance on the world's stage. He would also share with the world community Pakistan's position and priorities on key international and regional issues.