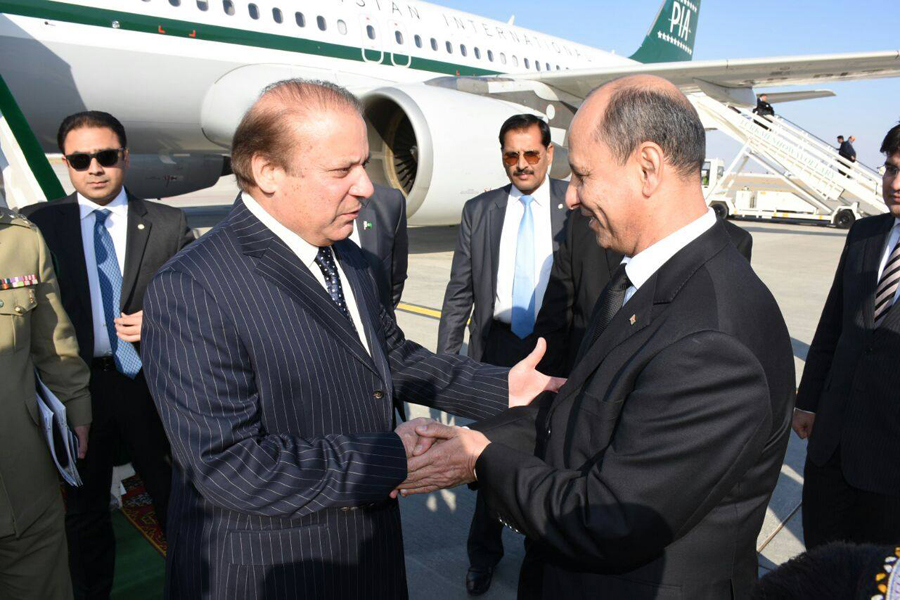 ASHAGABAD, Turkmenistan (92 News) – Prime Minister Nawaz Sharif has reached in Ashgabat on a two-day visit to Turkmenistan. At the airport, he was received by the Turkmenistan deputy prime minister and officials of Pakistani Embassy. During his stay, the prime minister will attend Global Conference on Sustainable Transport being held under the auspices of the United Nations. UN Secretary-General Ban Ki-Moon and Turkmenistan are co-hosting the conference, which is likely to be attended by around 1,500 participants, including heads of state, government, ministers and the UN officials. 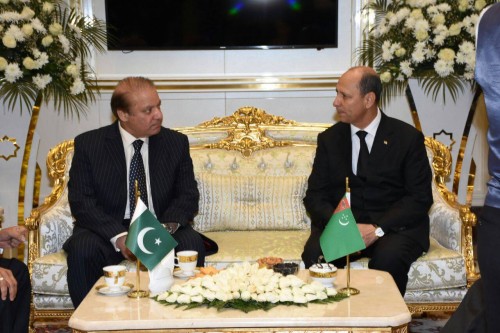 The conference will discuss promotion and role of sustainable transport towards achievement of the 2030 Agenda for Sustainable Development. During the visit, the prime minister will also hold a bilateral meeting with the Turkmenistan President and discuss matters of mutual interest.