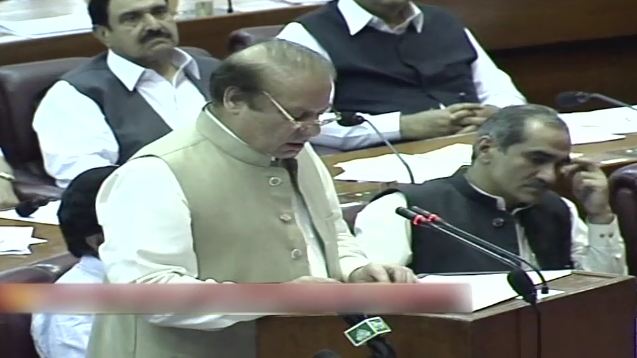 ISLAMABAD (92 News) – Welcoming the Supreme Court ruling in favour of establishment of Military Courts, Prime Minister Nawaz Sharif said that the Apex Court’s decision will support country’s fight against terrorism. Addressing the National Assembly, Nawaz Sharif said that the decision of Apex Court regarding establishment of Military Courts was historic, adding that a new culture is being established which will benefit everyone. He said that the Pakistan Army is fighting against terrorism while protecting country’s borders. “The court’s ruling will support the fight to eliminate menace of terrorism.” The prime minister further paid tribute to the armed forces for their untiring efforts in rescue and relief operation of the flood affected people.