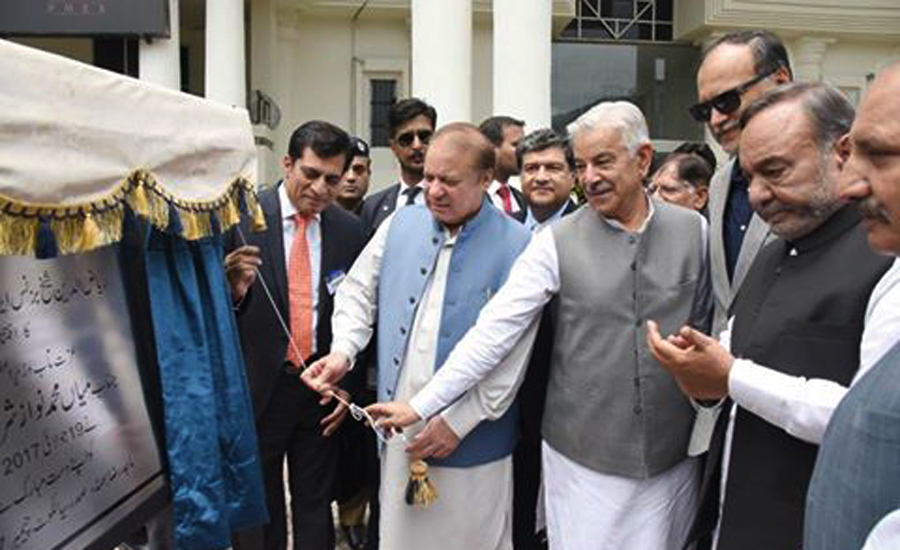 SIALKOT (92 News) – Prime Minister Nawaz Sharif has said that it is the third attack after the two sit-ins.

Addressing traders at Sialkot Chamber of Commerce and Industry on Wednesday, he said that the accusers should tell them in which project corruption was committed and for what they are being held accountable.

The prime minister said that their 44-year-old ledgers were being opened. “The country would have been touching the heights of progress had there been no negative politics,” he maintained.

He said that the efforts were being to stop the China Pakistan Economic Corridor.

Nawaz Sharif expressed the resolve to make Sialkot Airport more beautiful. “We will continue to perform our duty and the people staging stunts will do their work,” he added.

The prime minister said that only those loving the country understand the value of progress.

Earlier, he inaugurated Riazuddin Sheikh Business and Trade Centre at Sialkot Chamber of Commerce and Industry.

Later addressing the workers’ convention, the prime minister said that their three generations were being held accountable.

“We do not bother about accountability. Tomorrow someone else will be held accountable,” he said.

He said that the accuser should tell for what Nawaz Sharif is being held accountable. “Please tell us when we committed corruption in the present and the past,” he added.